The biggest challenge for the weekend was definitely the weather with cool temperatures and rain for both days. A small group of people braved the weather for Saturday’s Test and Tune, which gave the drivers plenty of laps to dial in their set up for the rain, and a tricky sweeper that would let you know when you had it wrong. This left several drivers picking gravel out of their wheels, including yours truly. Despite the weather, over 90 drivers showed up to compete on Sunday. Make no mistake, the real heroes of the weekend were everyone who volunteered to stand out in the rain to make the event happen. I want to extend a huge thanks to all of you! 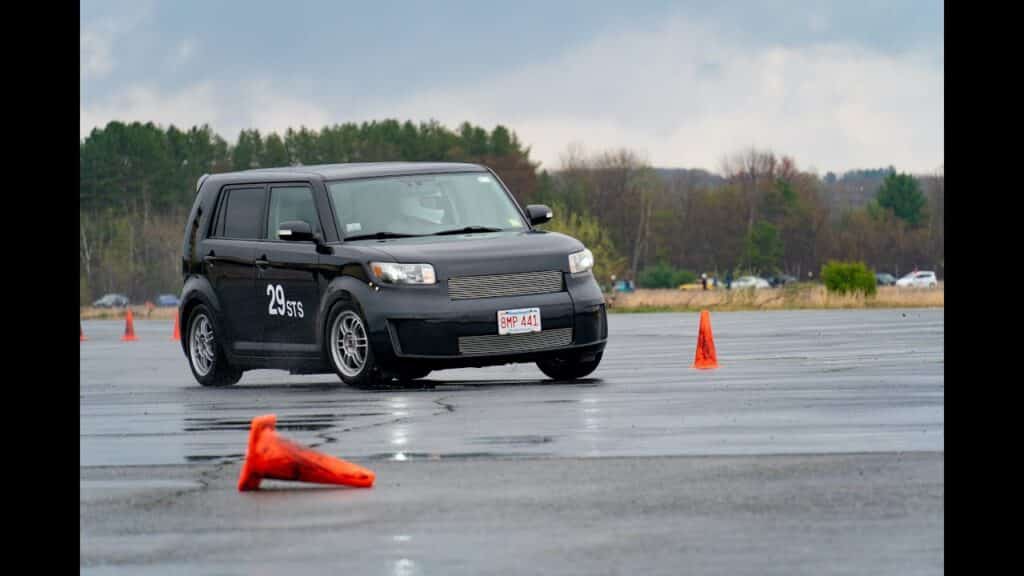 Once again our novice class continues to be one of our largest classes of the day.  We had 11 drivers working hard to learn how to push their cars in the rain with 9 Alexander Schmidt setting the fastest time of the day in a 2013 Volkswagen GTI with a raw time of 66.656 and pax time of 52.924.