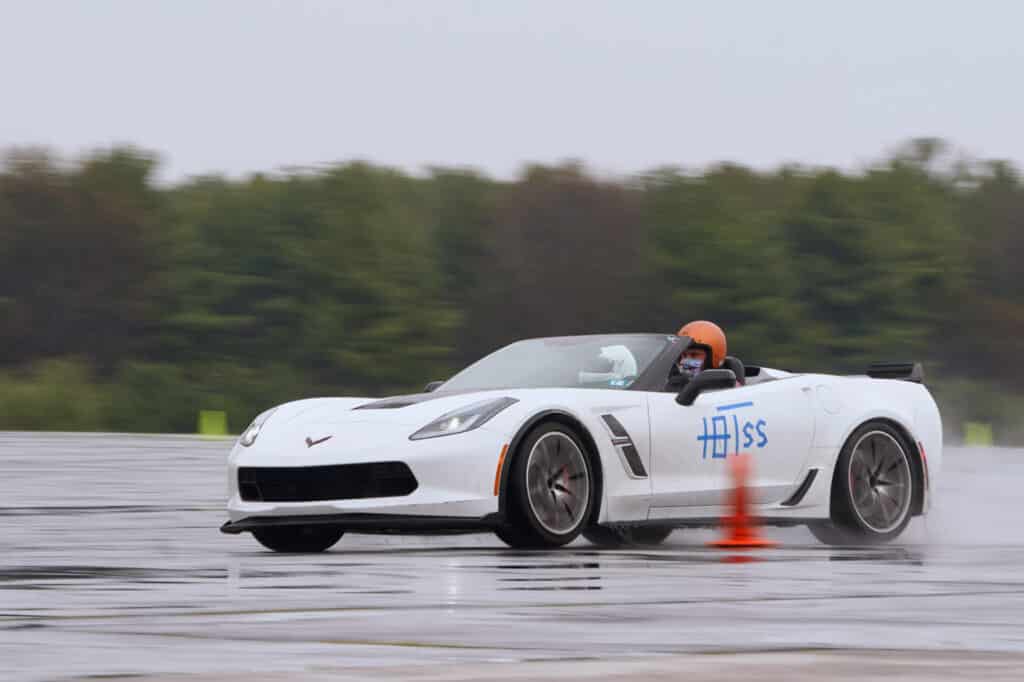 It was a cloudy morning but the rain held off while everyone was setting up. Just as we gathered for the driver’s meeting the rain came in. It continued to come down at a steady clip for both morning run groups, making conditions quite slick for competitors. Drivers were raring to go after the first non-points event back on April 4th, which saw dry conditions in combination with a fast course. Unfortunately, the rain, along with a course that had some tricky slowdowns, made it quite difficult to push the limits. 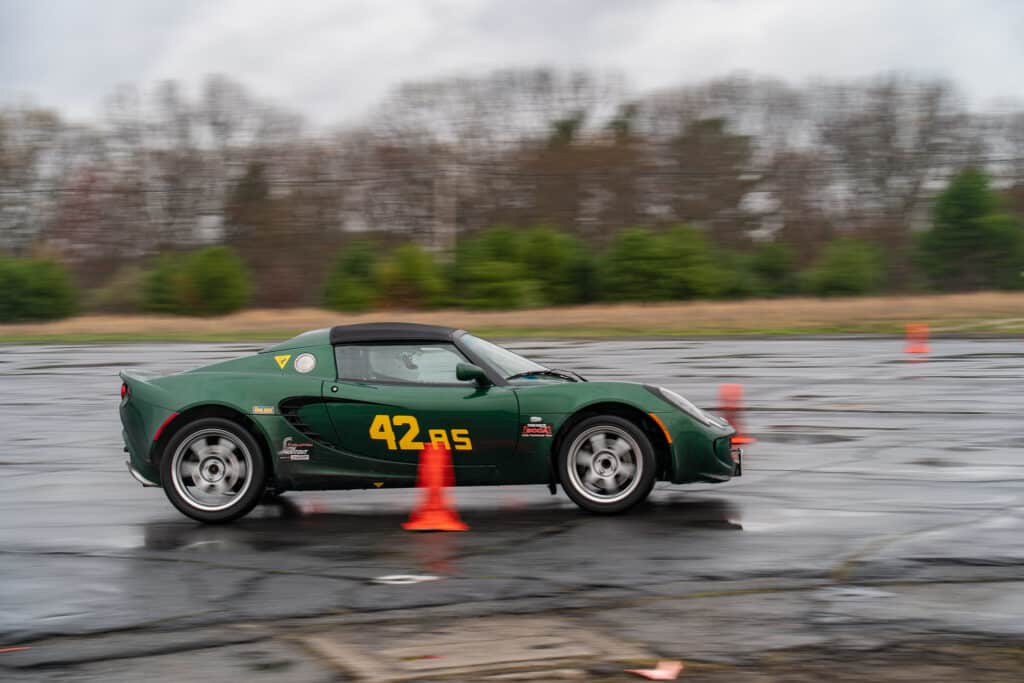 As lunch came to an end the rain began to ease. The drying conditions tempted many drivers to push their limits resulting in both fast times and epic spins. The challenging conditions made for some interesting results according to Alex Jackson, NER Autocross Chairman, “Pro class is pax’d and it typically consists of the fastest drivers in the region competing against each other rather than in their base classes. It occasionally happens that someone outside of pro gets top pax at the event like they did (for this event), but it’s pretty rare, only occurring less than once a year. Usually the top 5 pax spots are the top 5 spots in pro.”  Not only was top pax claimed by a non-pro driver, but Sunday’s event only had three pro drivers in the top ten pax results.

By far our largest class today was our novices, with 13 drivers in attendance.  You have to give a lot of credit to the NER staff for the support they provide novice drivers.  Each driver saw improvements in their time throughout the day despite the rain.  Click the link at the bottom for all the results. Last but not least, on behalf of all drivers I’d like to say thank you to the NER staff for a well-run event despite the adverse conditions.  All our #funwithcars would not be possible with all your hard work and dedication.

About the Author: David Bocchichio