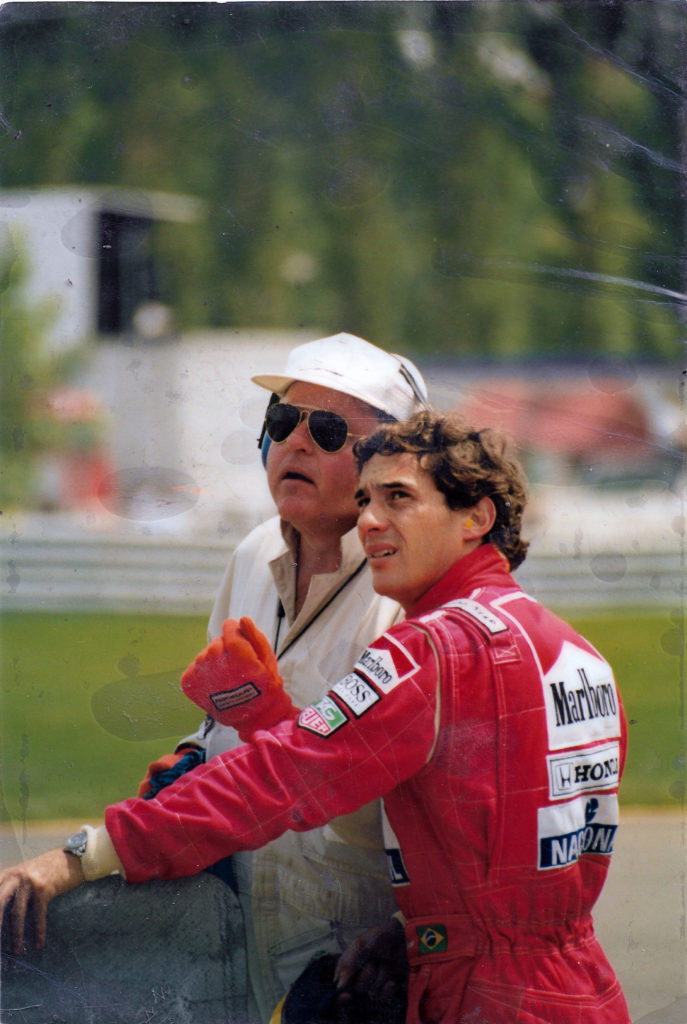 Marking a 50th Anniversary is a historic milestone whatever the circumstance. In 2018, R. Allen Olmstead, known simply as “Al” to all of us, reached his 50th year as an SCCA member. For the last half-century, Al has been a familiar figure on flagging stations at tracks throughout the northeast.

His introduction to SCCA came when he was working at Hamilton Standard in Connecticut. One of the general managers at his facility was into sports cars and introduced Al to autocross and races at the old Thompson track and Lime Rock Park. “I went to Thompson to flag as a rookie, and while at registration, word got out that Paul Newman was there. One of my first flagging events was Paul Newman’s driver school,” Al reminisced.

Through the years, Al never ventured behind the wheel himself, serving all these decades as a dedicated volunteer and flagger. His favorite event being the F1 races at Montreal, where he spent 20 years overseeing corners. Al says the most vivid memories through the years are the ones that make him laugh. “I remember one cool down lap, where Keke Rosberg had a driver sitting on his sidepod and punched it coming around the left-hander at turn 9. The guy fell off, landed on his backside and slid across the track.”

NER Director Trevor Hermance has Al to thank for getting him involved with SCCA and racing. After Trevor’s dad introduced him to his church buddy that wore racecar ties under his choir robe, Al offered to bring Trevor to the track and facilitated rides with hours of racing conversation thrown in for good measure. “Thanks to the fostering nature of Al and other members like him, I’m proud to be endeavoring on my own adventures in racing now, 14 years on. I can’t wait to help bring more people into the fold just as he has done for me,” Trevor remarked.

While there have been many changes to flagging turns over the last half-century, Al is happy to note that there are a lot more women and younger people. He encourages newcomers, “Get with the experienced people. They will teach you how to flag as you should.”

Spend any time with Al, and you’ll be sure to hear one of his favorite stories. As Trevor describes, “I hardly knew who this “Air Ton Senna” was, whom Al had helped “get back to the peets” after a mechanical at a Canadian Grand Prix in Montreal when I was barely old enough to talk. But I’ve certainly learned to appreciate what being part of such a moment means to a worker in the years since!”

In the photo above, Al is with Ayrton Senna at the armco at the first turn in Montreal where he help Senna cross a hot track counter-race when it was safe, so he could return to the pits.