Skip to content
Home|Featured, Rally|Finally Back after a Covid Summer – NER RallyX at 508 International
Previous Next

Finally Back after a Covid Summer – NER RallyX at 508 International 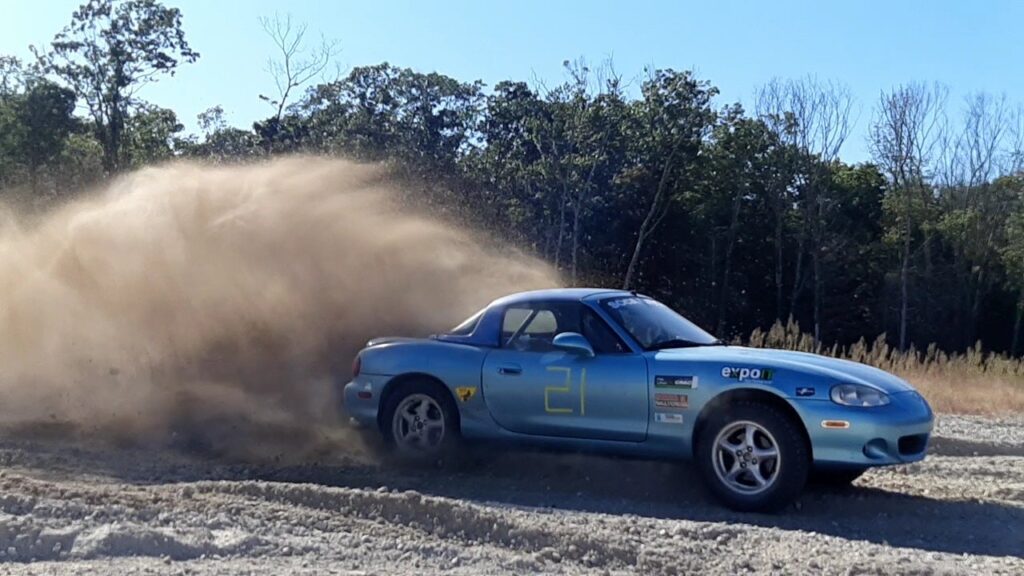 Ever since this crazy pandemic hit, we have all been itching to get behind the wheel. I will be honest; I was worried that we might not see any form of racing for years. Thankfully we did, and it just happened to work out that the first time we got to see some rallycross dirt was at a totally new venue in Massachusetts.

You may have noticed that this year has not provided us with much rain. Therefore, the ground in the area was very dry and made for a lot of dust. Of course, some drivers would throw up significantly more dust than others. I do not believe there was a direct correlation between how much dust you threw up versus how fast you were. I think there were a good number of fast drivers with very little dust and also a lot of fast drivers with lots of dust. It would be hard to judge unless one was to take notes throughout the day and compare later. The masks served a dual purpose in simultaneously protecting us from Covid and from breathing dust, especially for those who were working on the track. 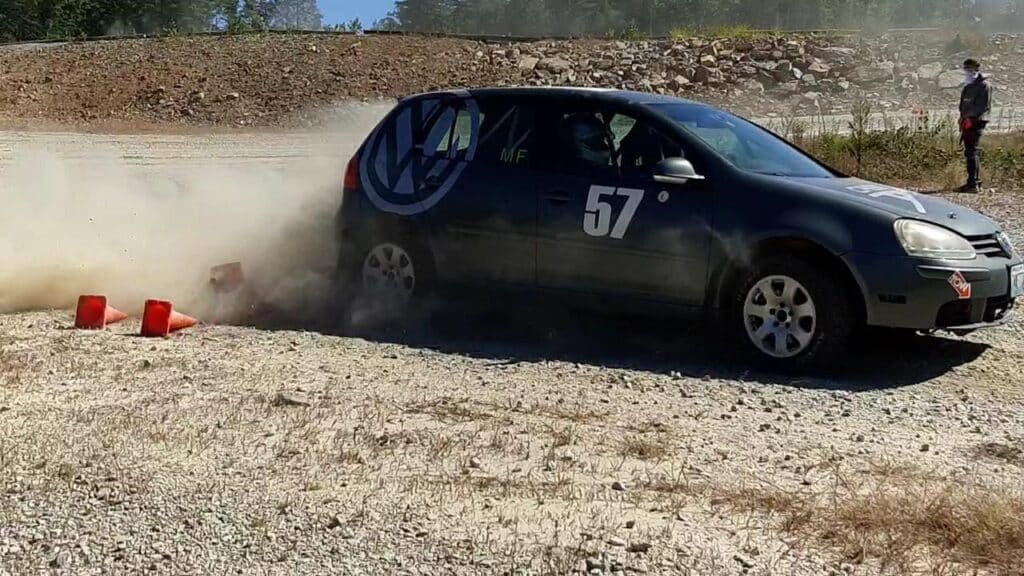 This is a venue unlike most others. It’s a spot that rallycross really fits in as it is a venue for off road vehicles such as quads and dirt bikes. The course was set up in a nice open area and utilized a good portion of the grounds. In the morning, the course we set up with a nice sprint at the start followed by a lengthy left-hand turn. This brought you to the large flat area where you had classic gates and cones to avoid. After you got through that section there was a nice downhill run to a right-hand turn which was almost on a cliff (this is a bit exaggerated). This right-hand turn was extremely fun and I think what made it even more exhilarating was the fact that you could not see much as you were approaching it. Just after this turn there was a nice down hill run again with classic cones to avoid. Somewhere before the end there was a bridge and to spice it up a little some of the cones where places on decently high grass which made it a bit more difficult to see. 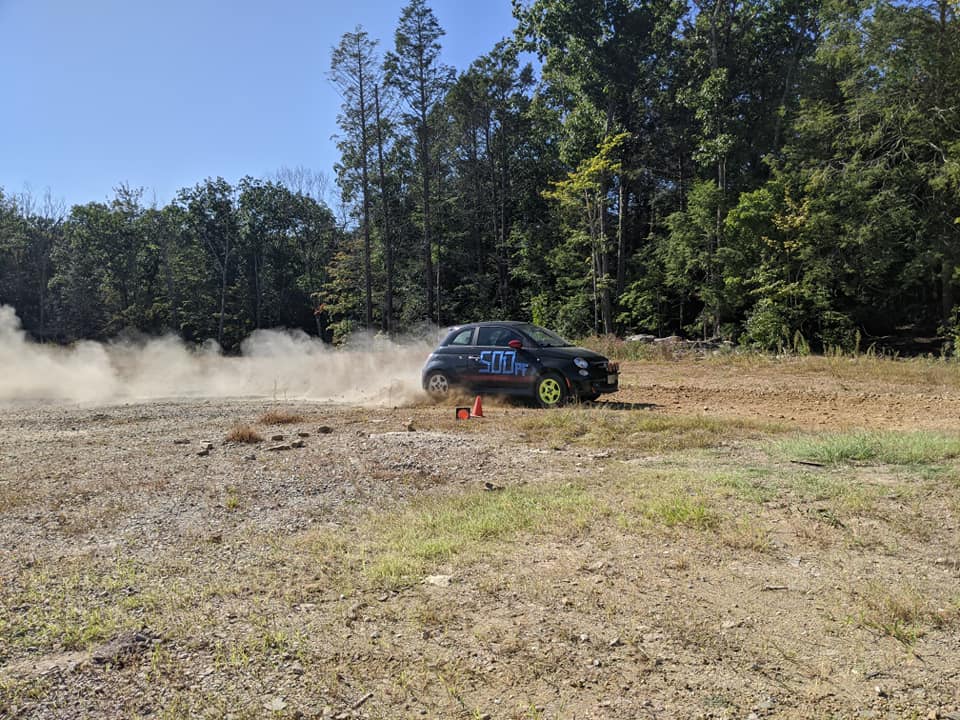 After lunch, a water truck went around spraying water all over the track. Well, that is the part of the track that would be used the most. I did think it was a bit odd that many towns in the area have a problem with getting drinking water to their residents and here we are spraying water on the dirt that we will just kick up. Oh well.

In the afternoon we had a total reverse of direction! We started at the other end of the track, which was a lot lower in elevation. We used a different path to transition from the bottom section to the top section, which was very well hidden. This might have been the most exiting portion of the entire track, the entire day. As you drove up the hill you could gain a lot of speed (I am assuming even a lot more with a turbo car) and then when you reach the top you had to take a right-hand turn. This right hand turn you could not see until you got to the top which made it even more exciting.

There was a bit of an unplanned event during one of the runs involving an older station wagon Subaru. One of the steelie wheels decided that it had enough and broke in the center. This caused it to come off the hub and the car was not so mobile anymore. Luckily with the cooperation of many workers and drivers the crises was solved in about 15 mins. Inconveniently it just so happened at the uphill section of the track which made it quite difficult to work on. This just goes to show that rust parts are not always the safest to drive on. I would say that statement goes whether you are beating your car at rallycross of going 70mph on the highway. In either situation, rust is not your friend (just a friendly reminder).

There was one particular front wheel drive car that got a lot of attention. Not necessarily because it was in the lead for MF but because of the amount of dust it was kicking up. Let’s just say those were not worn-down dirt on this car. Another reason was that the car was on track 3 times each run, with 3 different drivers for each course. The 5-cylinder engine in this car is also not exactly the quietest. Did I give away what car this was yet? What other could have FWD and 5 cylinders besides a Mk5 Golf, that of Jesse Whitsell. Jesse took first place buy a few seconds. Wait, it was actually by about 33 seconds! Not to mention he also took FTD. Second and third place were Grant Reeve and Stephanie Reeve respectively. I am not sure what is under the hood of that dub but maybe somebody might want to check it out .

The Fiat 500 Abarth of Ryan Moyes saw some gravel tires on its wheels for the first time ever. It was entered in prepared front instead of the usual stock front. I don’t think I ever saw as much dust come from the front of this tiny little car. The sounds it made were pretty mean as it made its way through the course. Ryan took first place in class!

Although missing out on some of the usual drivers, modified rear wheel drive has a classic Japanese versus German battle. The VW Beatle of Jason Leaming was doing stellar all day until the bugs mouth for air got stuck open. By that I meant the throttle body. This caused the Miata of myself to be able to swoop into first place. I must say I had a blast all day. The gravel at this venue was incredibly grippy.

I think I can speak of all of the competitors and say that we hope to be back at this venue more often! 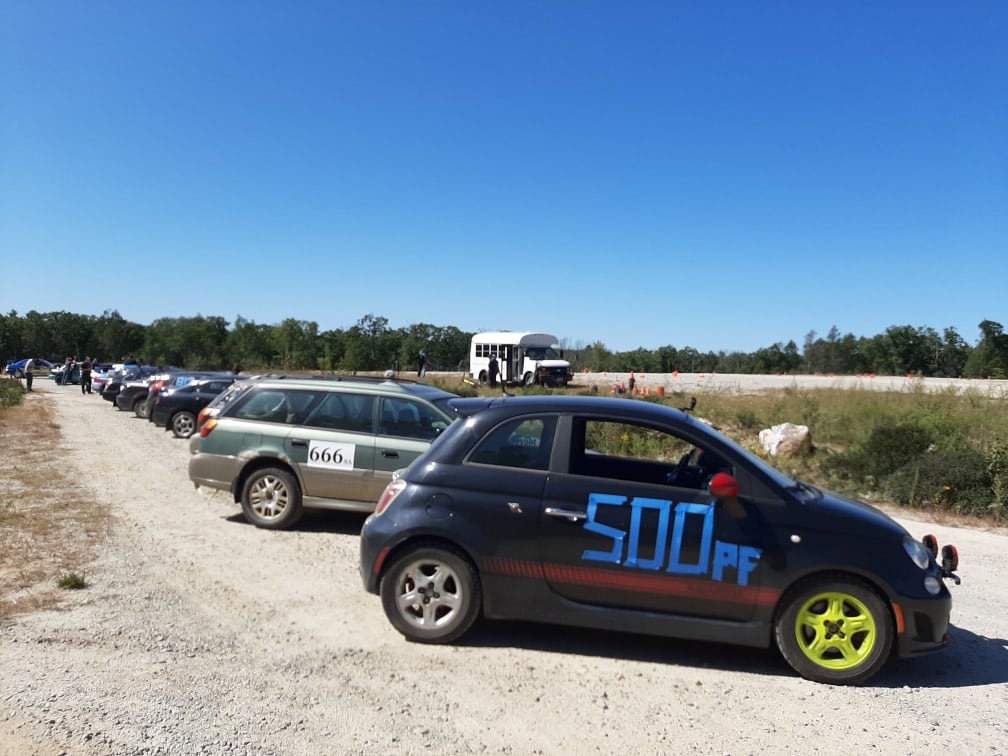