Skip to content
Home|Featured, Rally|Mud, Tornados and Trophies at 2021 RALLYCROSS NATIONALS
Previous Next 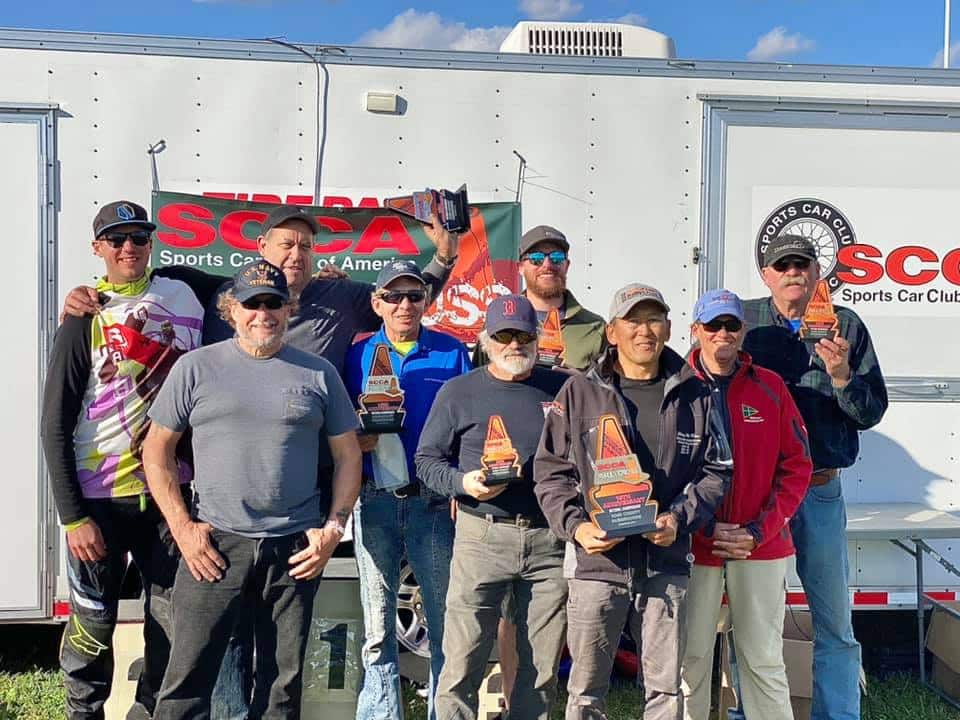 In the final round of National Championship events for the year, the RallyCross Nationals were held October 15-17, 2021 at Ross County Fairgrounds in Chillicothe, OH.

9 drivers from the New England Region travelled out to compete, and bring back the hardware to a region known for producing top notch RallyX competitors. For 2021, NER claimed the National Championship in Stock Front Wheel Drive, and had 5 drivers earn Trophy positions. 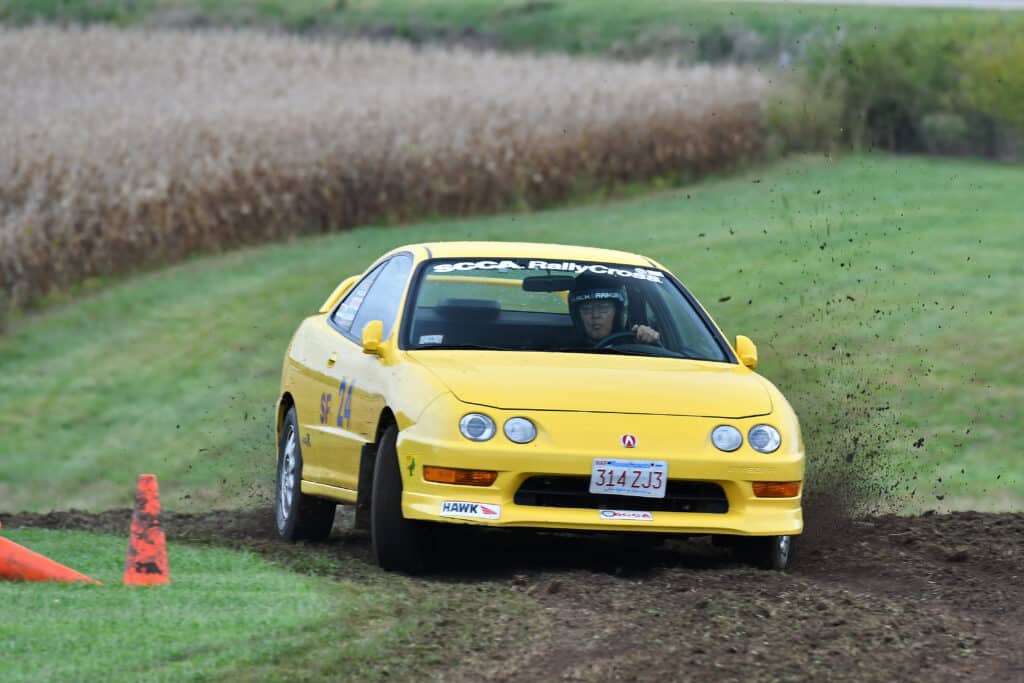 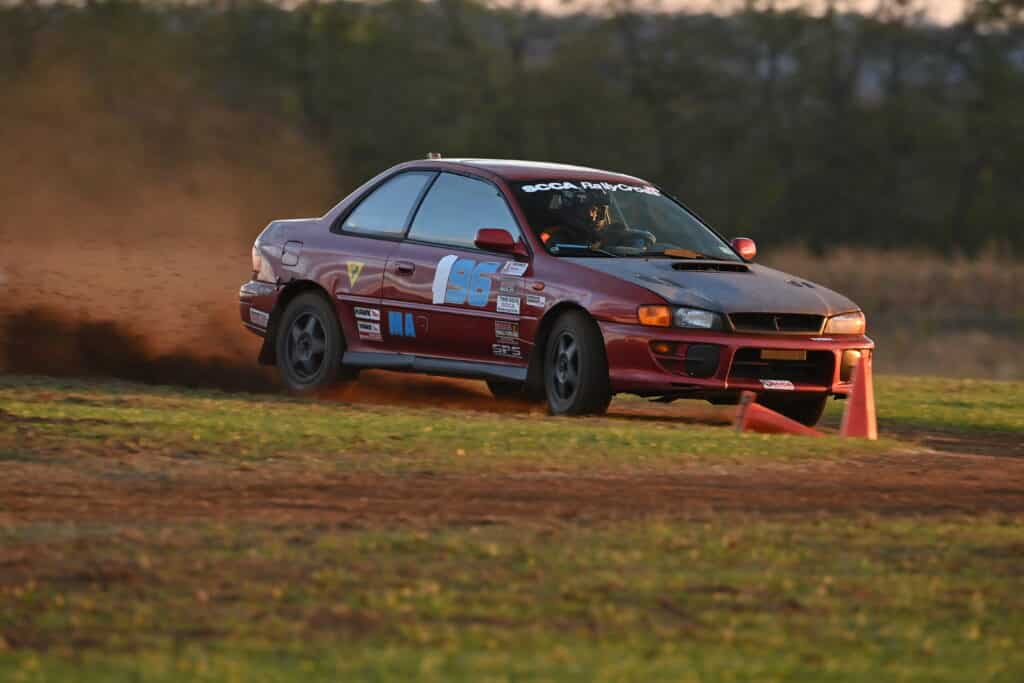 Three of the drivers attending got together to share many of the highlights and notable moments. Here’s what Todd, Clifton (aka Harvey Steele), and Vaughn had to share.

By all accounts, the event was a huge success. There were four run groups, with all the top RallyXer’s from across the country in attendance. It was managed efficiently, in a relaxing and non stressful way (a rare thing for a championship event!) Kudos need to go out to Chief Steward Ed Trudeau and all his hard working chiefs. Dealing with all the issues an event of this nature has lurking unforeseen, this group should receive an award for how it was run/handled with a relaxed professionalism that should be used as a standard for future events. A hearty Well Done! An additional note goes to Grid, which operated smoothly under the watchful eye of Chief of Grid Warren Elliott and assistant Hal Denham. Warren was at the track and working well before daylight and mostly still after sun set. Herding this many cats is tough to do, but they kept the whole event moving and on schedule, even with two rollovers on Sunday. 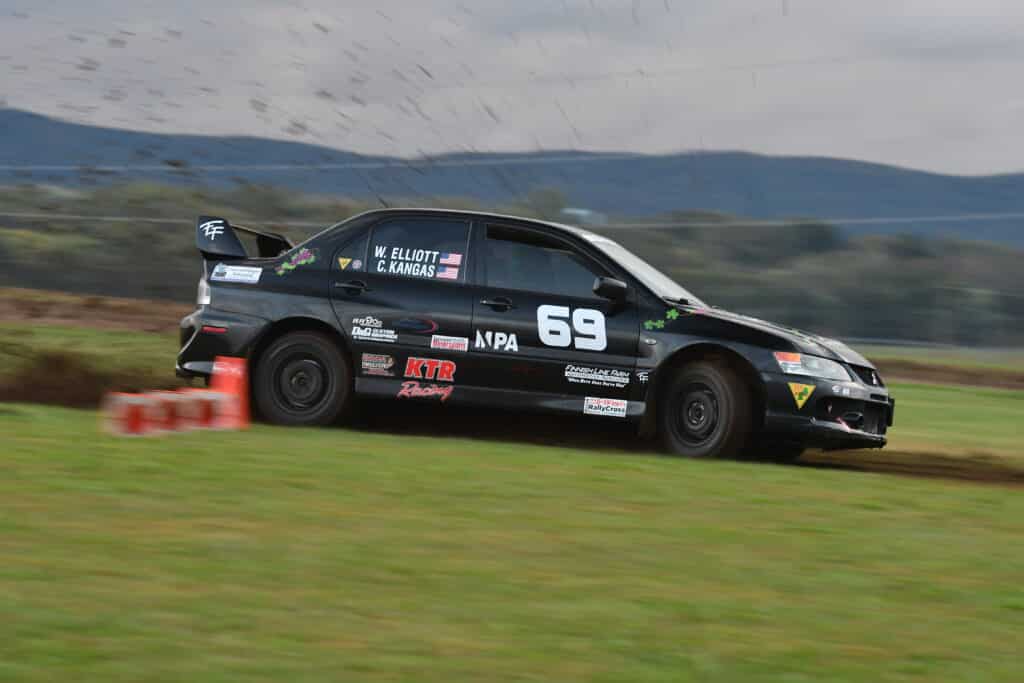 The Course and Location

Being held in southern Ohio meant all the NER teams had a one-day tow to arrive on site. Everyone commented on how convenient it was to be located so close to home this year.

Weather really played a part during the week. Those that chose to camp on-site at the race got to deal with tornado warnings at 1:30 a.m. Saturday morning. Stories began surfacing of people taking refuge in the maintenance building for the fairgrounds! It made for an epic night to then try and calm the nerves before race day.

All this wild weather meant the track went from wet to drying throughout, with the first groups getting the most changeable conditions. Courses were approximately 1 minute in length (a little shorter than average), but challenging. They included technical sections combined with faster ones, which made it fun to drive. There were three different courses over two days of competition. Risk vs. Reward was on all racers’ minds. Everyone knew there was time to be found, but at what cost? Grass turning to slick light mud and then transitioning into dry gravel created challenging conditions to master. Drivers watched as times lowered and then rose with the level of available grip, and daring of others.

It is always incredible to observe the level of driving craft and tenacity on display at the RX Nats. It is without a doubt something to witness in person. Better yet, enter to find out just how good you are at controlling a hurtling race car in mixed conditions!

The first shout-out should go to Chang Ho Kim’s outstanding efforts to bring home “a come from behind” win in SFWD. The sole National Champion for 2021 from NER. He was joined in class by Hal Denham, who started out a little conservative but marched up the standings to a respectable 4th by the end of the week. Kim Hapgood finished 7th, just outside of the trophies, but she was smiling!

The drive of the event has to go to Jeff Denmeade, who put on a brilliant display Sunday climbing over some very talented MAWD drivers. This was his first RX Nats, and he “drove like a Denmeade” to quote his wife. Putting in fast run after fast run, Jeff defiantly rose to the occasion, nabbing 2nd out of 28 drivers in the Modified AWD class.

In the Prepared AWD class, Clifton Kangas fought hard, but was bested with a bit of unfamiliarity in the mixed conditions. Driving Warren Elliott’s EVO 9’s for just the second time, he ran clean but came up short as Marc Hill claimed his third consecutive title. Hill even noted, “the outcome would have been different if we were racing in the third or fourth group.” A second place in a borrowed car is still something to be proud of, especially when both Clifton and Hill were over 50 seconds ahead of the rest of the class.

Warren Elliott had to share Jeff Denmeade’s right hand drive EVO 4 for the last four runs on Sunday, unfortunately dropping to 7th. Despite the disappointing finish, Warren really worked his ass off to help and assist anyone who needed it, all throughout this event. It cannot be understated his sportsmanship.

Vaughn Micchiche really embodied how much fun you can have at a motor race event. His smile and enthusiasm is infectious. He made a last minute decision to leave the Audi A4 at home and rent a SIERRA to take on pro driver Cole Powelson. Watching Vaughn get to grips with the Sierra cars was a treat, and he proved his mettle taking  2nd place in the Constructor 2WD class.

Todd Kean, who has spent most of his time on the Solo courses and dominating those competitions, showed his versatility and strengths as a driver by running MAWD in his Subaru. This was his first Nats, and only his second dirt event! He scored well on Saturday, and it was looking like a top three performance until Sunday dried and the fast cars hooked up. “Made some last minute weight reductions and minor power modifications, but it was like bringing a knife to a gun fight in MAWD with half the horsepower of much of the class.”

Making his first appearance at the RallyX championships, George Farrar finished 9th in SFWD, another solid performance for a novice.

From Todd: Things were still going well in the afternoon, and then co-driver Jake Namer had a de-bead on his last run. We scrambled, popped a spare gravel tire onto the car while I tried to reseat the Alpha tire onto the bead with a battery powered air compressor, and barely made the cut to not lose either run for each of our last runs.  Still out of breath from running halfway across grid with a wheel/tire and jack, I went out for my last afternoon run and kept it on the podium for the day.

From Clifton: On my last run there was a sizable hole that caused a mechanical failure to the rear suspension. Car was done. The driver of the 3rd place Subaru in PAWD, Thomas Klonowski, loaned me his car for my final run on Saturday –  keeping me in contention. Tom was a total gentleman in offering me his car when I thought it was over. I can’t thank him enough (and shared plenty of beer with him later that night). I did feel a little awkward when I beat his best time by almost 3 seconds, in his own car. I tried to share with him my “secrets” that night. He now understands the importance of being a good left foot braker. Also the will to win! 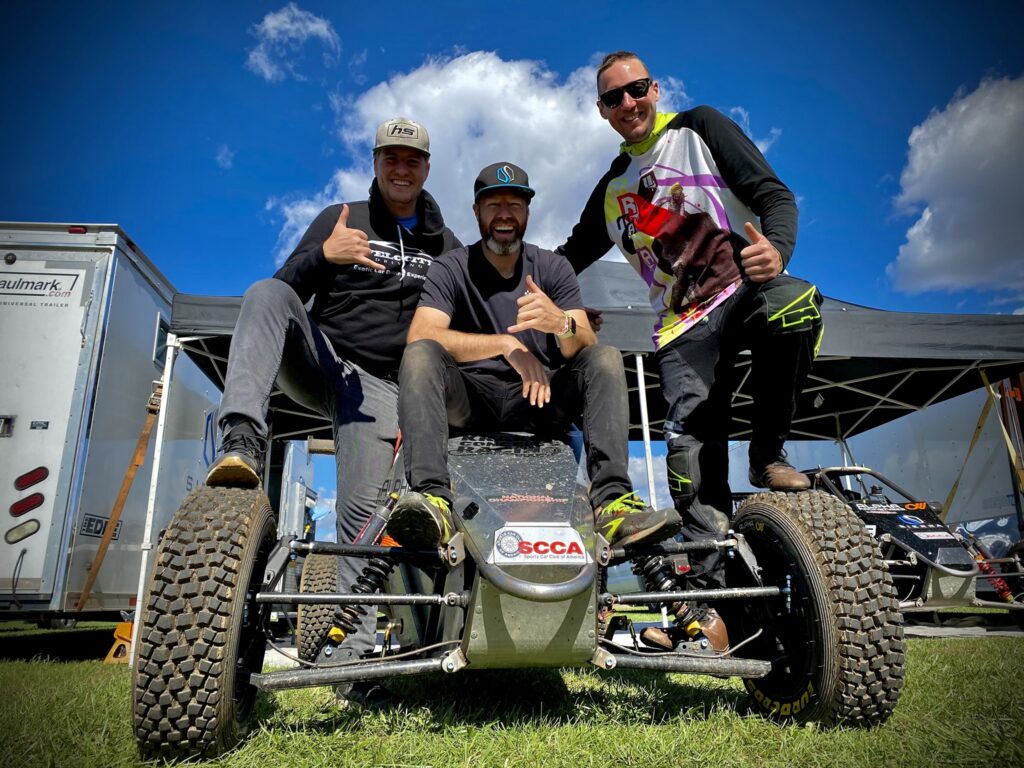 From Vaughn: About three weeks before nationals I looked at my Audi A4 AWD with fresh eyes and realized that yes, I could make my goal of not missing Nationals this year, but I’d basically be testing everything as I raced, and would sacrifice every shred of free time in the meantime. Ironically, about the same day I saw a post from Sierra Car that they had seat rentals available. I have been trying to get in a seat of one of these kit-cars for over 2 years with multiple swing-and-misses from a logistics perspective. The chance to race the guy who started the company at the national champs was too good to pass up! My goal for the weekend was to beat Cole on one run. In the end, I beat Cole on 3 of the 10 runs (nice feathers in the cap!), but still not enough to win the championship. I slid into second place ahead of Jakey Harper.