Many stages of grief have followed the SCCA RallyCross Great Lakes National Challenge… or is it just confused emotion? The last two weekends in a row had Sunday’s race canceled for rain that never materialized. “You can plan a pretty picnic, but you can’t predict the weather,” as they say.

Attending the Ohio National Challenge Rallycross from the NER region were multi-time national champs Hal Denham, Chang Ho Kim, and Warren Elliott along with new-comer Sam Aleksanyan, and myself. This was Sam’s first national challenge event, and first time driving a new-to-him BMW rallycross car he picked up the day before the event in OH!  Chang sent it all day long in the Stock front class taking the win with a time that would have also won the Mod rear group! Warren slid into second place figuring out how front wheel drive works co-driving Hal’s Mini Cooper. Hal traded winning laps all day in Prepared front and ended up taking the win as well.

That meant 4 out of 5 podiums were awarded to the NER crew with 2 first place and 2 second place finishes … a successful trip indeed. 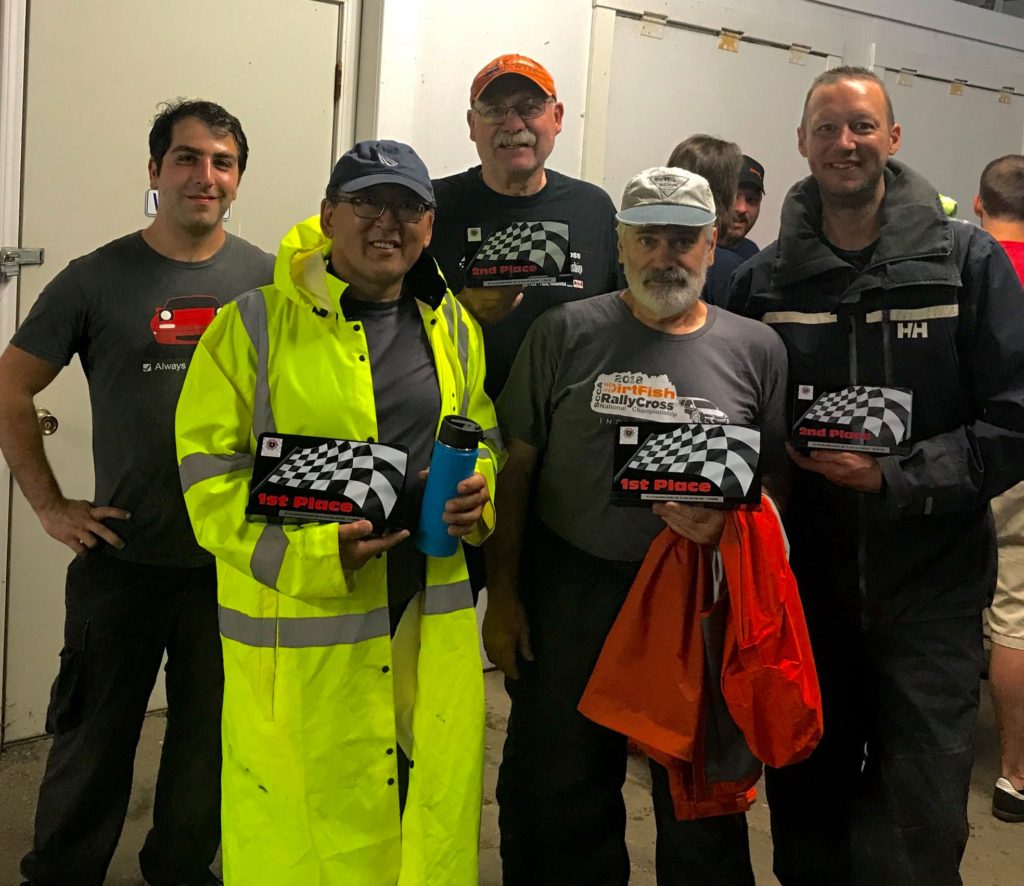 What a knock-down drag out fight we had in the Mod Rear class at the Eastern National Challenge. I was racing against top caliber drivers, five of which have been National Champions at least once over the years. Taking 2nd among that group feels AMAZING — but I wanted to win real bad! In fact I took the fastest lap in both the morning and afternoon heats for my run group, and was on track for the win, but my celebration following my fastest lap in the afternoon ended up costing me the win.

I had completed a lap, only to find the final corner had been moved in 5-8 feet the entire way through, which was a big deal because of the tightness and location of that corner. Rules state that course changes need to be communicated and due to some other heat-of-the-moment craziness both the winner of the event and myself had not been told about the course change, but the rest of the field had been notified. That meant we both got re-runs.

I nailed that corner dropping my time enough to snag the fastest lap of the run group in the afternoon. Rolling back to grid in 2nd gear I was pumped — yelling and punching the air I felt the win fully after that run… it was amazing. Like a cool kid I got up a little speed, and flinged my car out of 2nd gear and into neutral and rolled into my grid spot awaiting the final run of Saturday. When I did this, the shift fork kept sliding forward in the transmission and then when I went to shift into 1st — the linkage wouldn’t engage — no 1st or 2nd for me, and there went the win!

Luckily I had a time-out left and during that John W England offered me his Miata to take my final lap. I lost 6 seconds on that lap trying to figure out how to drive his beast but luckily for me, that kept me in 2nd place with a narrow margin over 3rd and 4th! John ended up taking the well deserved win — no cones for either of us meant we were flying!

After partying with the entire crew that evening, I finished fixing the transmission gate during a storm, and then slept in the truck while it rained all night, LOTS of water. In the morning, the driver meeting became the awards ceremony because the course wouldn’t have been able to handle the racing that day — which was bittersweet — I had mud tires and John did not! So, 4 seconds was within reach! I am going with lucky though because I could have just as easily been WAY down the pack if he hadn’t lent me his car the day before. 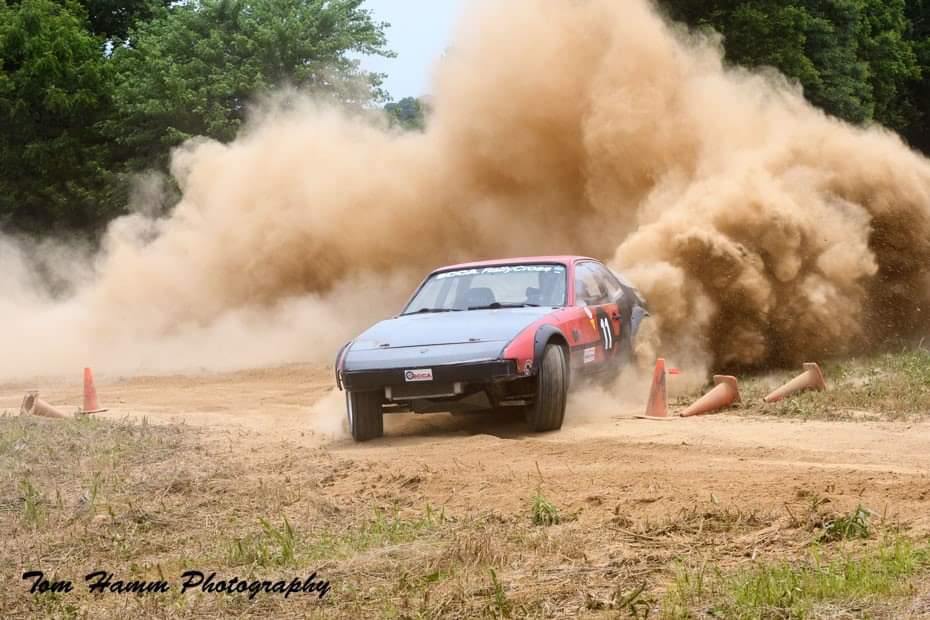 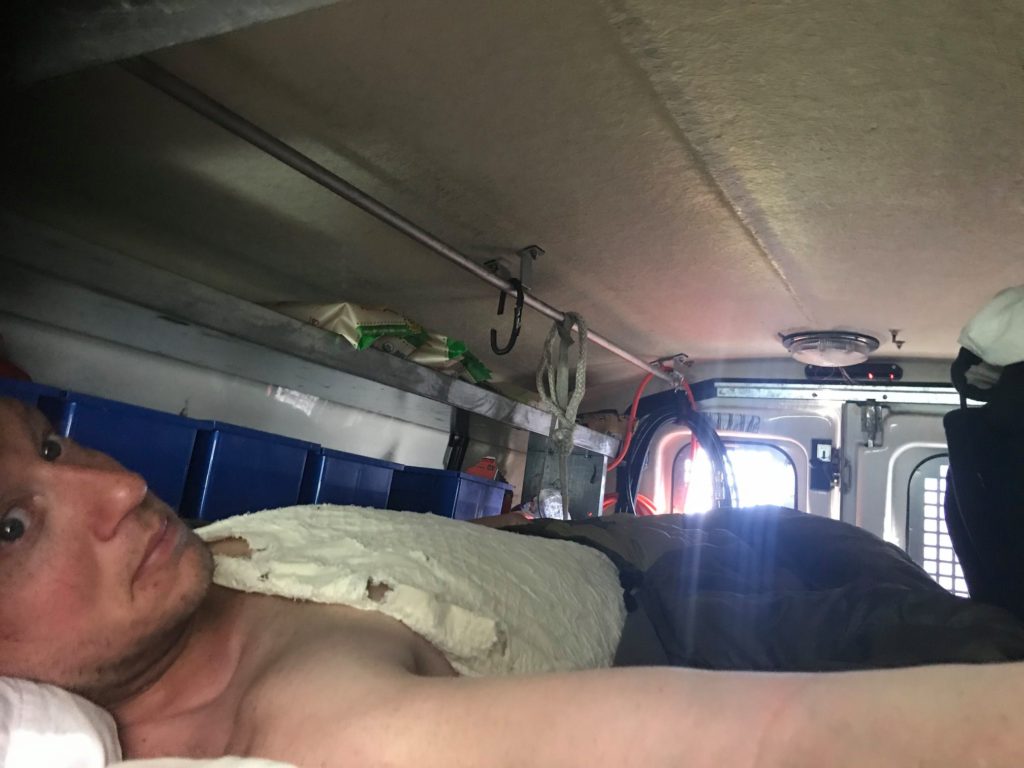 Racing: Makes you feel alive. The dusty shots here are from the Susquehanna Region SCCA — Rallycross the weekend before. They got a new location as well, which is a huge bumpy dusty field that was way fun. I spent the day sideways on moon-dust, got to see old friends, and got to take my mom for a lap which was awesome. Ended up taking 3rd though as I just kept trying to make grip appear out of thin dust, it didn’t appear. Thank you to Rodney Brooks and Performance Unlimited for the EXTENDED use of the shop this spring — safe to say our effort paid off — car is BEAST!

About the Author: Vaughn Micciche