As spring kicked off into summer, the Rally program has been busy with an event each month for their teams and drivers. In April and May, competitors headed to Rochester Fairgrounds and the Okemo Blue Lot for RallyCrosses. Then just last weekend, they returned to the Team O’Neil site in New Hampshire for the Hoon in June RallySprint.

Results and photo galleries, along with a brief recap of the Rochester and Okemo festivities are available below.

Next up will be a 2-day RallyCross event in Union, ME. Registration and details should open for that in the next week or so. Then events will take a breather for the end of summer with the a return to Rochester in the fall slated for the end of October.

For Road Rally, the Summer Challenge is coming next weekend, June 19 and Hurdle is set for August 7. Big Lap, which was postponed from it’s original May date, is back on the schedule for the end of November.

Back to Rochester for another cone slingin’, dust breathing, rooting tooting FUN time!

The day was full of surprises on the course. Drivers were taken by surprise when the course was adjusted due to ruts. Eventually, most figured it out. Going back to that saying in EVERY drivers meeting… “Read the cones, not the dirt”.

A few competitors seemed to be going after the cone award with some very high numbers, we won’t mention any one that seemed too froggy to get them. Other drivers even Dazzled us with some dirt flinging to keep us on the seat of our pants.

Okemo! That was a Great Day (said in your best Craig Ferguson accent)! Numbers were low due to a hill climb and an autocross scheduled for the same time. So there were only 48 drivers and we each got 13 laps totaling 624 laps on this day! The dust was not as bad as the past. Everyone seemed to enjoy that fact.

There appeared to be a decent amount of new drivers. Some of the more experienced drivers enjoyed passing on their knowledge.  But they all seemed to have that bug… and wanted more. The course was somewhat technical in the morning and in the afternoon got nice and fast and flowy!

The next few months will be off as a bunch of drivers and crew are racing and/or volunteering at NEFR and CTTC over the end of summer. Come join us! Once those wrap, we will be back and itching to sling the dirty dirt. 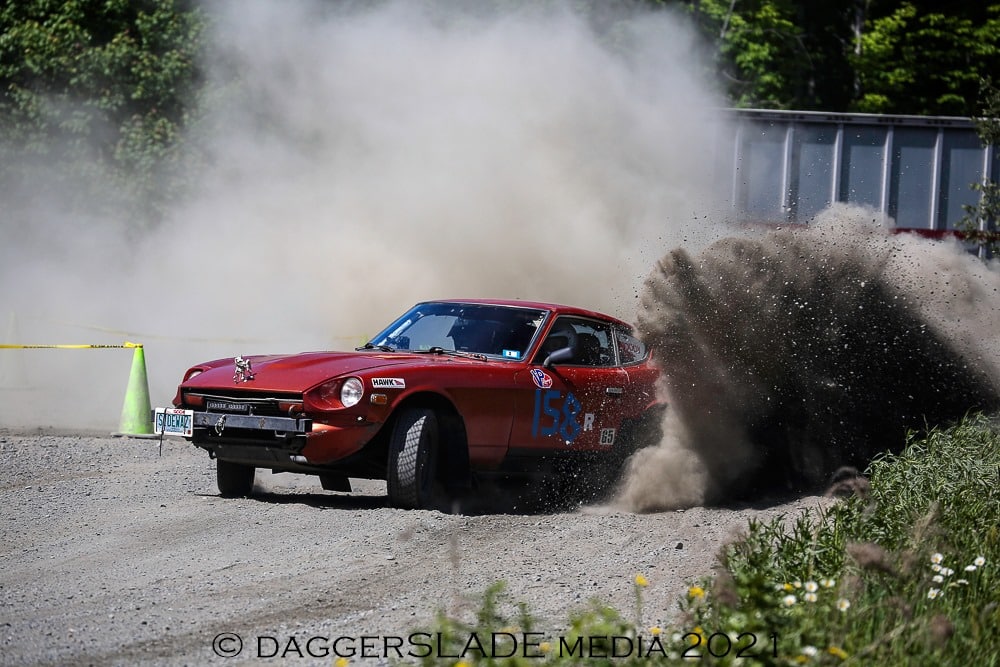