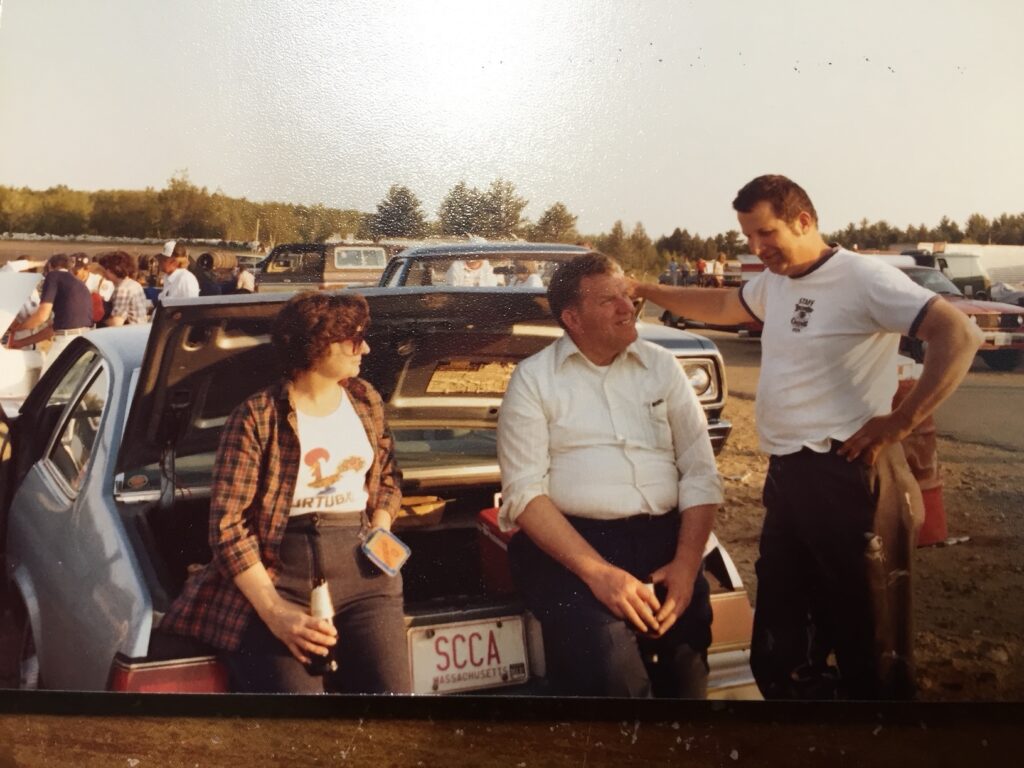 Georgina was a long time member of NER. Although her member record only shows membership since 1987, she was a member far longer than that. I first met her when I met SCCA – in the Timing and Scoring area at Thompson Speedway a half century ago. Georgina served on the Board of Directors a couple different times and was a great mentor to me when I was first involved. Her encouragement was essential to the path I have taken in the club.

When I was Solo Chair, she helped the region get access to a lot at a community college in CT. I’ll never forget the snow storm we had at the first event. She ALWAYS had the fun and fast cars – even for her daily driver. In addition to their involvement in running the region, doing all things road racing and rallying – Georgina’s house was legendary for club gatherings.

In addition to the Gloria Barbour Award (now Assistant RE Award), she was a recipient of a Gold Pass in 1990. Georgina was behind Omer Norton’s every move. She played a huge invisible role at the Regional Administration level, whether it was to help put together and mail Pit Talk issues every month, to hosting and taking notes for the Board of Directors, sending out Road Racing entry forms by mail, or assisting with the membership reports. She was always there to help despite her busy career as college administrator.

She came to the Region because of her interest in cars and to crew for Omer Norton. She was a valuable underground player, whom I turned to many times for direction. It should be noted also, that she was also active with the NER Cape Codder’s Old Timers Rally as Navigator participant and Check Pointer.