Well, it’s May now and I’ve been remiss in posting for April. Doesn’t mean that there hasn’t been a lot going on in NER, or that I’ve not been around. With the spring and summer season now in full swing, it’s time to let you know about what’s been happening and what’s coming up.

Track Night in America is up and running full tilt with the first 2 events at Thompson and Palmer in the books. The events were well attended with Thompson being sold out and strong numbers at Palmer. Many of the folks at Thompson commented on the fact that they weren’t sure what to do on a dry track
after last year’s weather! There was a good mix of current and potential NER members at both events. Many folks were given business card schedules of upcoming SOLO and Time Trials events and expressed an interest in trying them out.

Speaking of SOLO, they also have run their first 2 events plus the Starting Line School. As it is every year, the school was very well attended, with both current competitors coming out for a refresh, and rookies looking to discover the fun that can be had at a SOLO event. The first SOLO event had 175 drivers compete, getting 6 runs each, for a total number of runs surpassing 1000 for the day. This equates to a run starting every 30 seconds over the entire day. The second event was just as strong, with 150 drivers getting 6 runs, averaging 32 seconds between starts. Congratulations to SOLO on a strong start. Check out their upcoming events!!!

Time Trials first event for the year was at Thompson Speedway Motorsports Park this past weekend, and had 45 cars registered for the event. Although there were a couple of no shows due to the rainy day, the event still went very well. Their next event is at Canaan Speedway on June 8. If you want to see how you
can do with your car in a timed and controlled environment, give it a try!!! Road Racing’s first event this past weekend at Palmer Motorsports Park had the strongest pre-registration numbers ever for Palmer with 117 cars. Unfortunately, the weather for the event days didn’t cooperate very well with both days being rather cold and damp, and that did affect the participation rate. Worker support for the event was outstanding, and thanks go out to all of those that
supported the event.

Finally, and I should probably have put this in at the beginning, RAL is happening again this year, though it is going to be a combined event at New Hampshire Motor Speedway on August 3rd . There will be a SOLO, a Road Rally, and a Road Racing event all happening at the same time!! Thanks go out to JB Swan,
Alex Jackson, Scott Carlson, and Bryan Rodgers for bringing RAL back together under “one roof” so to speak. Also good news for RAL is the participation of the Sports Car Club of New Hampshire, who has generously agreed to support the event as well. Thanks go out to SCCNH, we look forward to their support.

So, enough from me. I hope everybody has a great year of Fun with Cars. If you have any questions, comments, concerns, or you just want to reach out and say hi, I’d love to hear from you. 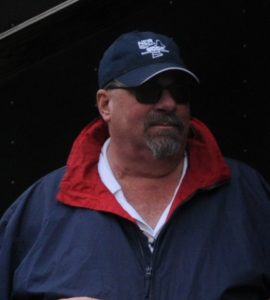 About the Author: Rich Currey