As part of the Racing Against Leukemia schedule of events for 2019, the Worcester Bravehearts baseball team hosted members of the New England Region Sports Car Club of America on Tuesday night, July 23 and helped with our club’s RAL fund raising.

After severe thunderstorms all day before plus heavy rain earlier on game day, members may have had concerns about attending the night game. The spectator turnout was light, but it turned out to be a beautiful evening and a fine night to watch a baseball game — not too hot, not too cold, no rain, no wind.  The Bravehearts played the Brockton Rox in an extremely close and competitive game. Leading early, the Bravehearts fell behind in the 5th when the Rox hit a homer with bases loaded.  The Bravehearts worked hard to shrink the gap and still had a chance to win in the last inning. Unfortunately, in the end, the home team lost by two runs (8 to 6).

These two teams are part of the Futures Collegiate Baseball League of New England (FCBL) which is comprised of elite collegiate athletes competing in a minor league style format during summer break. The Bravehearts’ home games are played at Fitton Field at The College of Holy Cross, which was conveniently located in downtown Worcester, MA. 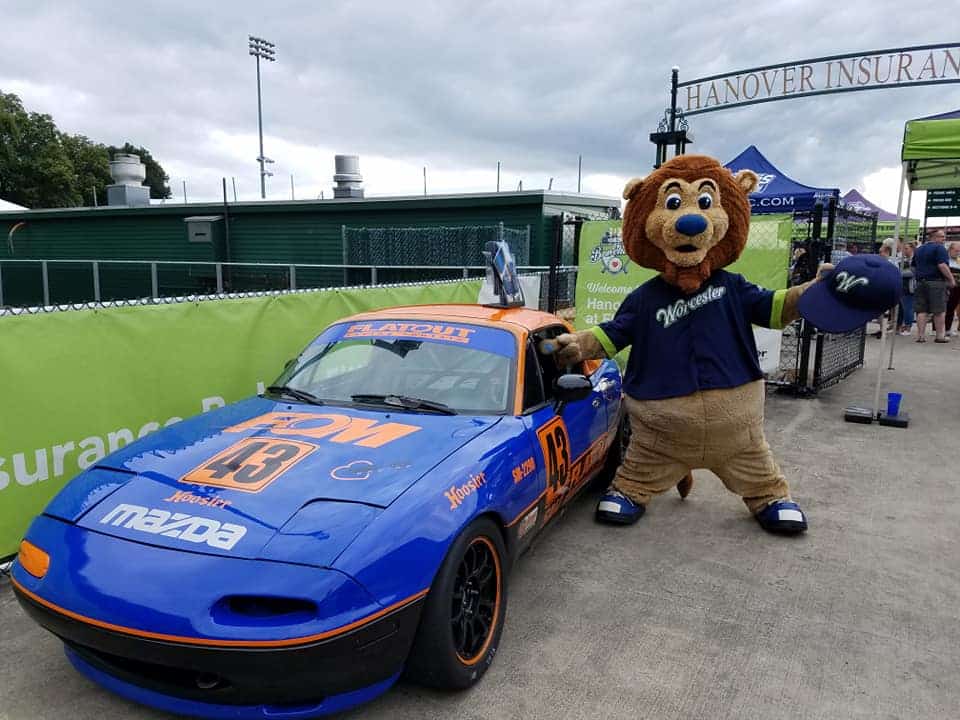 Special Thanks to Flatout Motorsports

Special Thanks to Nick Leverone of Flatout Motorsports who provided a shiny race car for baseball fans, young and old alike, to sit in and have their pictures taken.  Spectators loved hearing the race car when I drove it slowly and parked it in position adjacent the main entry gates. Lots of parents enjoyed taking pictures of their kids behind the steering wheel.  Julie Creedon-Linton, with Creedon and Company, the concessions operator at Fitton Field, relished her first opportunity sitting in a race car and was ready to drive it Flatout! Bravehearts baseball team mascot Jake the Lion suggested a Spec Miata might be too small for him to drive! 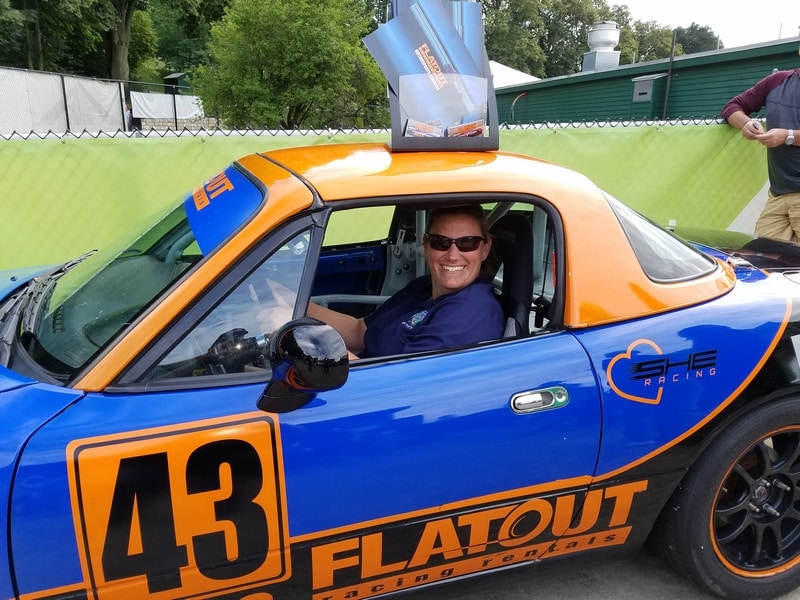 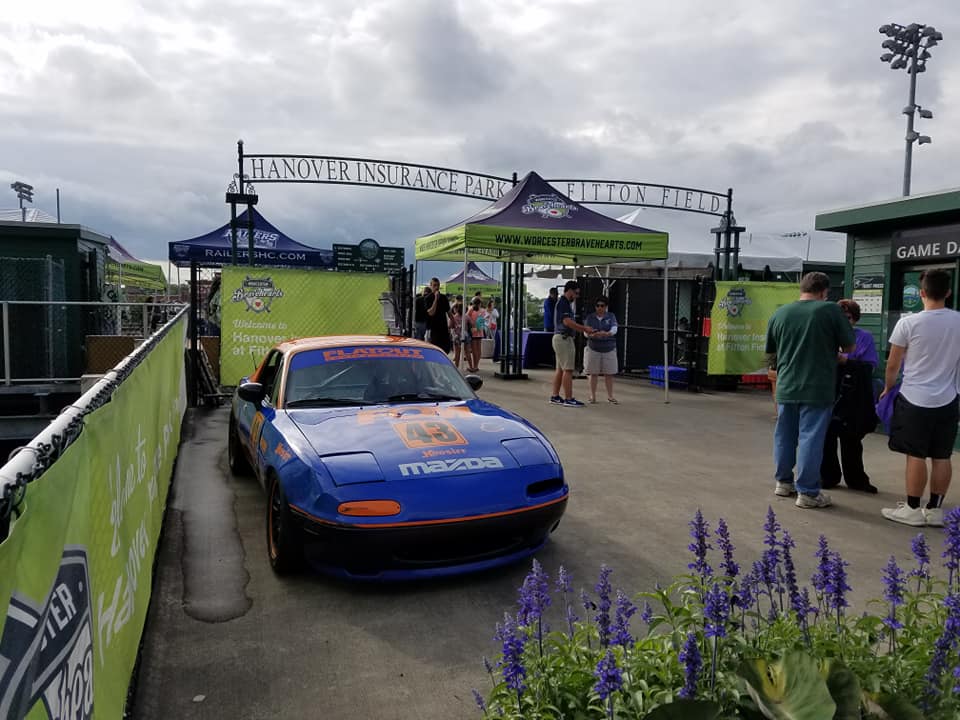 In a special Bravehearts Launch-A-Ball fundraiser after the game, fans were allowed to throw numbered softballs at targets (hula hoops laying on the field) in hopes of winning several valuable prizes.  The numbered softballs were purchased earlier $1 for one or bag of six for $5. Half the proceeds from the Launch-A-Ball sales and $1 per ticket purchased by members will be donated to UMass Memorial Medical Center on behalf of RAL.  Even though the turnout at the game was relatively small, every dollar we raise is a dollar extra for the kids and families battling cancer, and a dollar they would not have otherwise. So thank you to everyone that purchased tickets and supported this event.”

Contributions are still being accepted through FirstGiving for RAL 2019. Use the button below to make a donation.