When we left JB and Steve before Christmas, the two new B-Spec builders had both acquired their donor vehicles and begun stripping them down to turn into racecars. The ordering frenzy for parts had started, as well as the research on how best to build and fabricate the roll cage and fit a race seat inside the gutted shells. Engine decisions were also looming – stick with the donor stock or rebuild?

Go Local or Ship It Out

When it came to choosing a fabricator for the roll cages, both drivers had multiple factors to consider. The convenience of a local shop, or the hassle of transporting to one farther away? Costs, availability, and turn around times? And the extent of what needed to be accomplished?

JB opted to stay local and commissioned Flatout Motorsports to do the cage for his Sonic. “The car was sent to Flatout the week of Thanksgiving. The decision to send it to them was all about time. The few installers I talked to said they could not touch it till March so it was an easy decision. We estimated 6-8 weeks, giving that Christmas and New Years and a few races in Florida may slow the process.”

Steve took a different route and hired BabyFace Fabrication down in North Carolina to do his cage, in part because of their reputation for working on Minis. “I hauled the Mini down the weekend of December 19-20. Josh Schmidt, who owns the shop, was very accomodating and offered to let me store my tow vehicle and trailer at his location while he did the work,” Steve explained. “This allowed me to fly back home after dropping everything off. When the cage, updated motor install, seat prep, and exhaust was done, I flew back down to Charlotte on January 9th, loaded up the completed car, and hauled back to New Hampshire. The cost of the round-trip ticket was easily much cheaper than driving back and forth twice, not to mention the 28 hours on the road it saved me.” 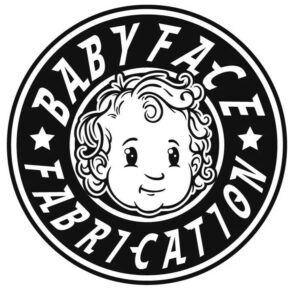 Building the cages on both vehicles.

Part of building the cage includes installing the race seat. Seats are very important. Beyond the safety factor of choosing a seat that provides the best protection, comfort and ease of access/egress are also key considerations.

“As most race car drivers know, seats come in many shapes and sizes,” JB noted. “I went to HMS to check them out and ended up getting an OMP HTE-R seat. It’s very comfortable and should be able to accommodate others if they choose to take the car for a spin.”

Steve visited HMS too, but couldn’t find anything that fit his larger frame.  He opted to order two seats from Summit Racing, as the specs were difficult to determine which would be the better fit. He ended up selecting the Kirkey 18″ Full Containment race seat. Summit covered the return shipping charges and refund for the second unused seat. “While down in NC, Josh and I spent a lot of time finding the exact right position for the seat in relation to the new removable steering wheel, pedals, and cage,” added Steve. Since his seat is permanently mounted, it’s key to get the placement just right.

Both cars had the seats installed while the cages were being fabricated, as well as new window nets. 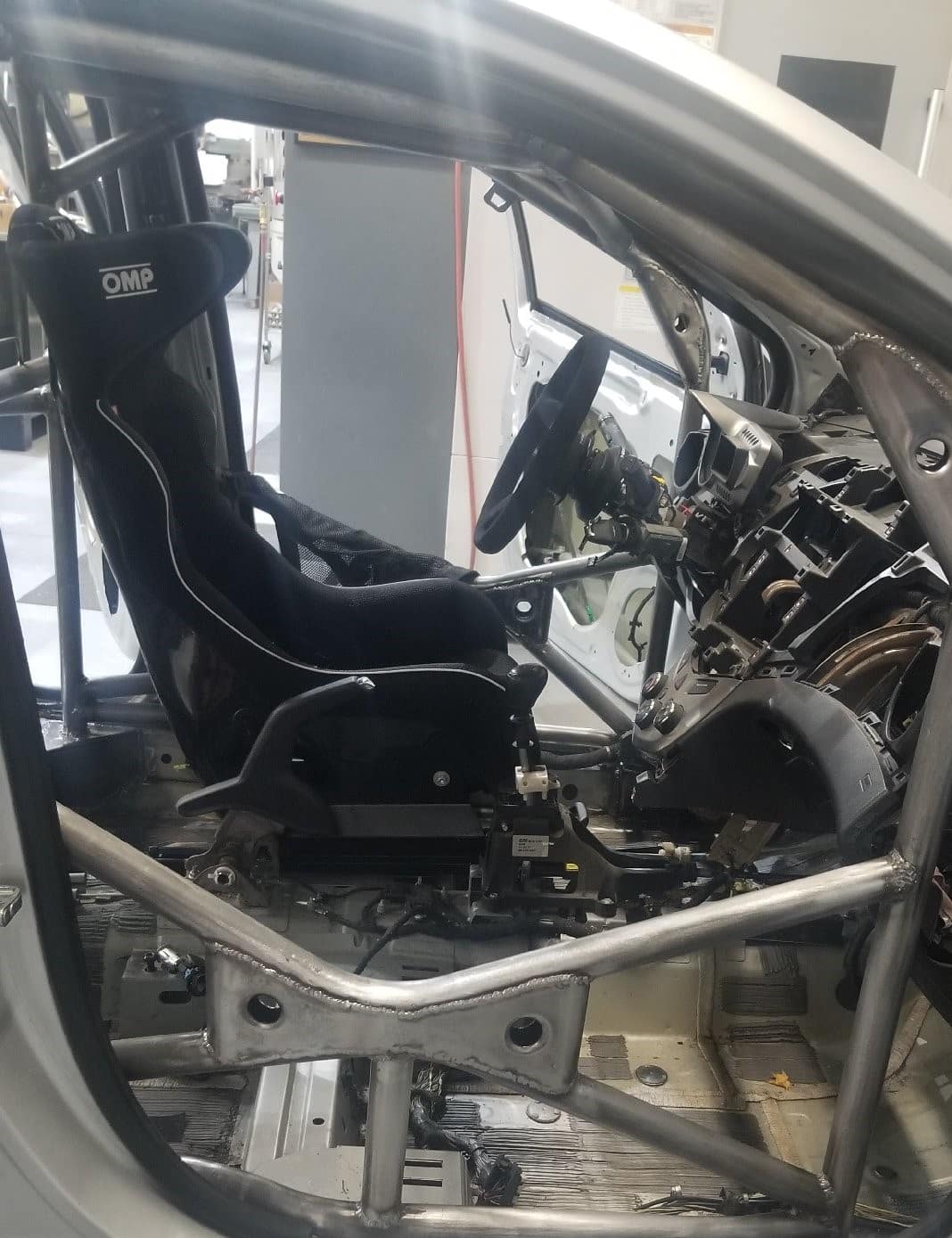 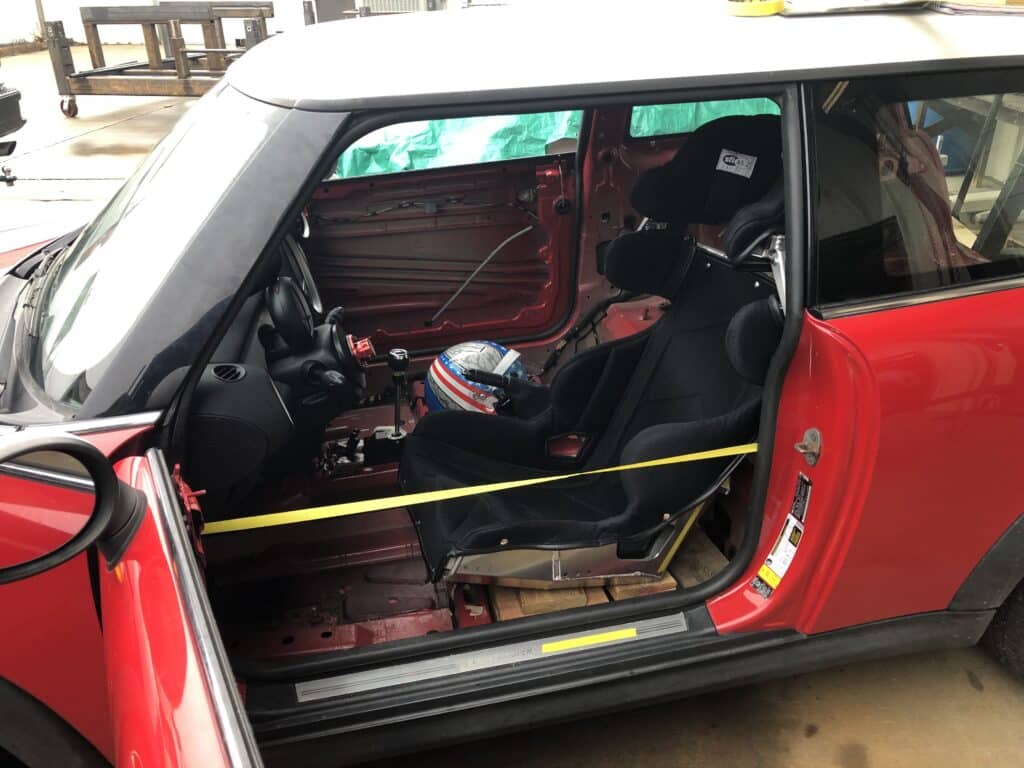 Finding the right seats for each car and driver. 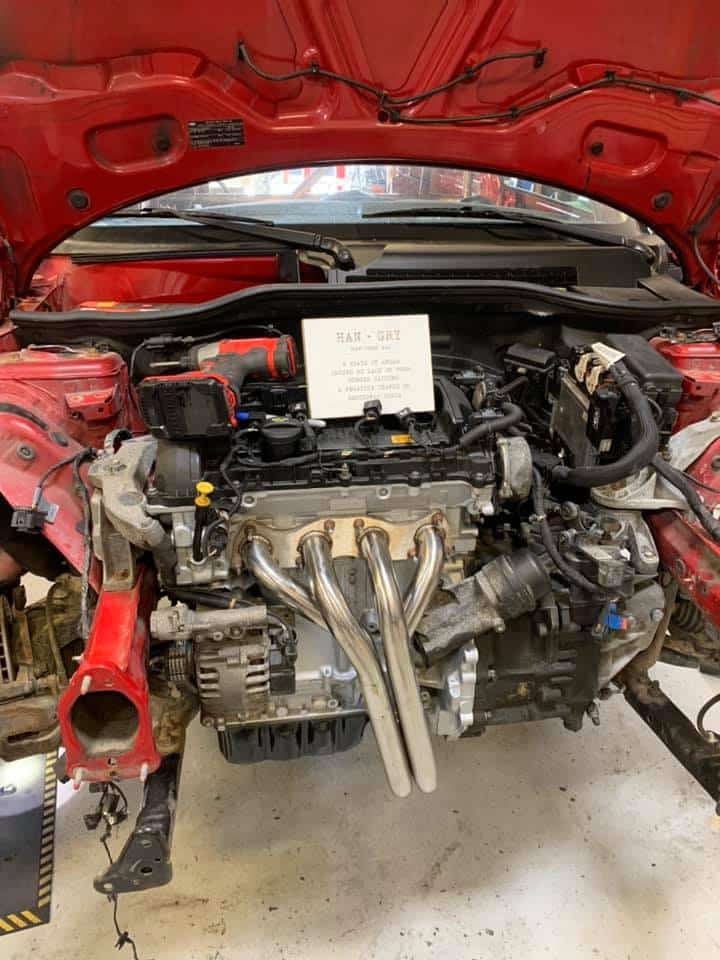 Rebuilt engine installed in the Mini.

The final step in this phase was testing the engines that came with the donor cars. Steve took his Mini to 3D Auto Works and had Dave Maynard (SCCA racer) test it before taking it down to NC. Unfortunately, the compression on one of the cylinders was too low, so it didn’t make the cut as an effective race engine. This meant Steve would need to find a replacement.

A few conversations on Facebook later, and Steve was hooked up with an engine builder in Pennsylvania, who specialized in Minis. The builder was very flexible, and in a very short time period (less than a week), rebuilt a motor so Steve could pick up during a local work trip.  Steve opted to skip a work flight home, rented a car, drove over, picked up the re-built engine, and drove it back to NH. This was delivered down to Babyface as well, and Josh installed it, along with a restrictor plate, while doing all the cage and seat work.

For JB, he’s choosing to run the motor that came with his donor vehicle. “As of now we will be running the car with the motor it came with. The future will determine if another motor will be needed. At this moment, it’s more about just getting seat time.”

Steve’s cage was primed and painted by Babyface, while JB is doing that work himself after getting the car back from Flatout. The next steps include all the work to make the cars race ready. This includes removing the AC/heating units from the dash, and evaluating, fixing, repairing or upgrading all the racing components like suspensions, brakes, hubs, new wheels and tires, sway bars, race belts, transponders, etc. In the next article, we’ll break down all those parts – which is what was inside all those packages arriving daily at the Swan and Introne households.

Overall, both cars are looking good and preparing for late March and early April events to break them in on the track. 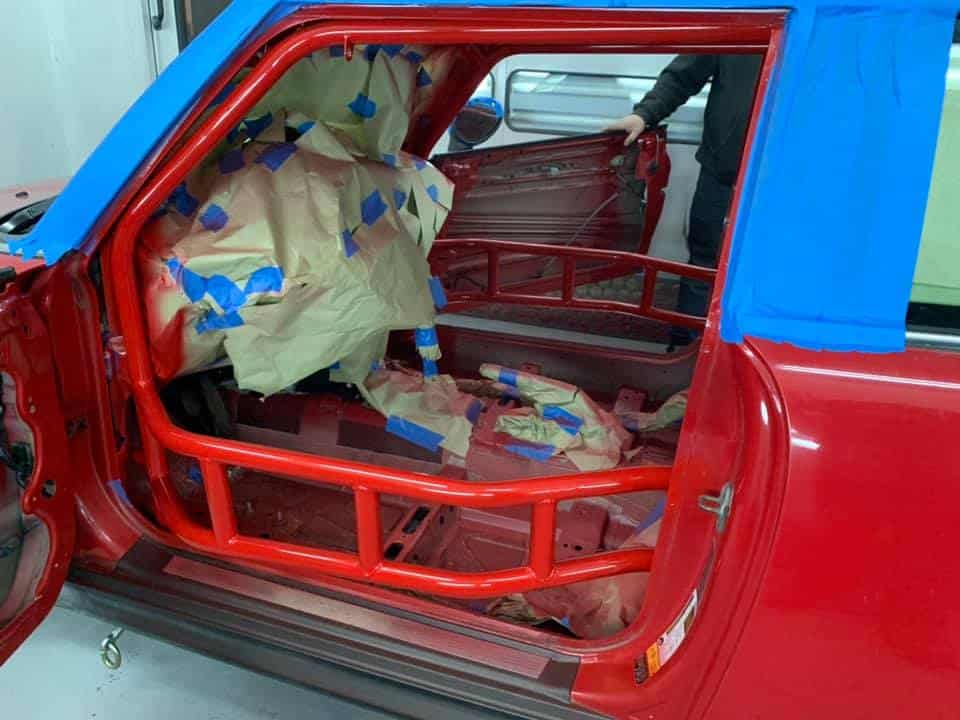 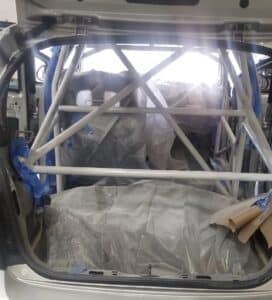 Read about how this process began in So You Want to Build a B-Spec: Part 1