Club Racing Returns to 2020 with the NE Majors @ Thompson Speedway

After a 4-month shut down of events that left many #funwithcars folks at home with no where to race, the northeast has officially started returning to racing. The first NERRC event of the 2020 season became the joint Northeast Conference US Majors Tour at Thompson Speedway on July 11-12. With 130 cars making their way to the track, the workers, volunteers, crews, drivers and families all came together to make the first club racing event of the season as safe and successful as possible.

In the weeks leading up, the region’s club racing program leaders worked diligently to create policies and procedures that aligned with the current SCCA Covid-19 guidelines as well as the regulations and requirements from the state. It took everyone that attended the event abiding by and cooperatively working together within those frameworks in order to keep our valuable members and participants safe while also putting on a fun and exciting weekend of racing.

A few things were noticeably different, but for the most part, it was a great weekend back at the track with our racing community.

With this weekend being the first event many drivers have participated at in months, there was bound to be some cobwebs and shaking off the dust as cars took to the track on Saturday for the two Qualifying sessions and 15-minute race in the Majors schedule. By Sunday, everyone was ready to go for the long, 40-minute Majors race. After two quick warm-up groups for open and closed wheel starting at noon, by 12:30 we had cars on course awaiting the green flag.

The first group to take the green was our beloved SRF3 cars. Known for their calm and considerate racing…. just kidding. The SRF3s started off Sunday’s races with an action-packed and exciting race. The Lap 1, Turn 1 incident took everyone by surprise… oops, again, we are talking SRF cars! But it was the newcomer to the group, the young #102 Lincoln Young, shaking up the field among these veteran SRF drivers. As the pole sitter, he took the green and kept it, leading every lap of the 27-lap race. His consistent driving at the front of the pack left the real battle with the cars behind him. #03 Robert Reed, who started 6th on the grid, did some excellent driving to finish in the 2nd place spot. Overall, there were hard fought battles throughout the pack, lots of racing contact (including one repeat offender who earned himself a closed black flag), but ultimately only one car DNF when the checkered flag flew.

Group 2 brought out the FV and F500s. The two classes took the green with a split start – the FVs leading the way and the F500s behind them. But within 9 laps, #55 F5 Robert Gray had overtaken all the V’s and become the overall leader. Shortly past the half-way point, a FCY bunched the packs back up together. Unfortunately, with just 2 laps to go, after dominating the entire race, Gray had a mechanical issue and lost power going into Turn 3.  This was the opening #47 F Russell Strate Jr. needed to propel him into the lead spot. While Gray regained power and finished, he lost six positions and was 7th overall. A rough end after a truly outstanding drive through the majority of the race. 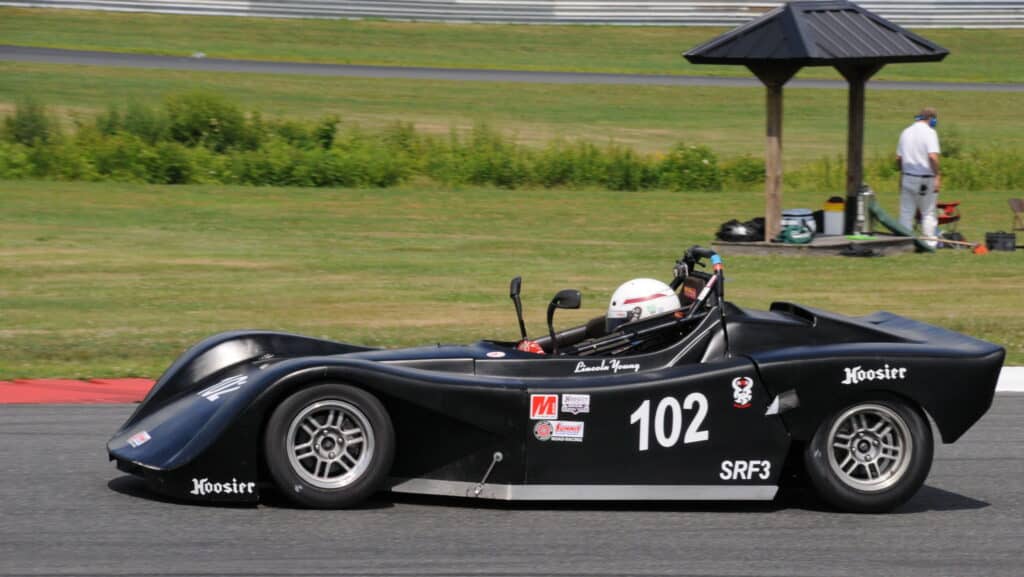 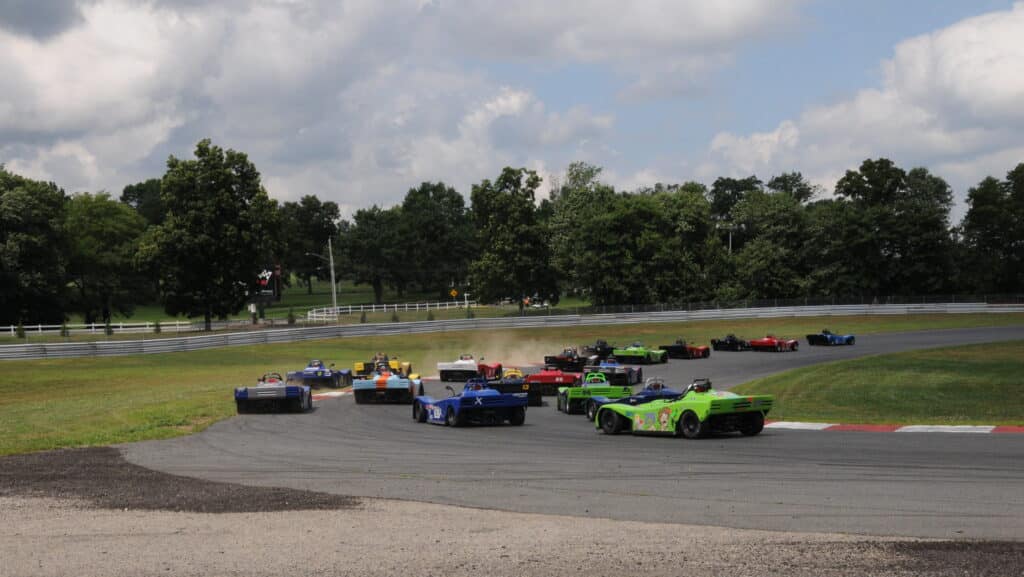 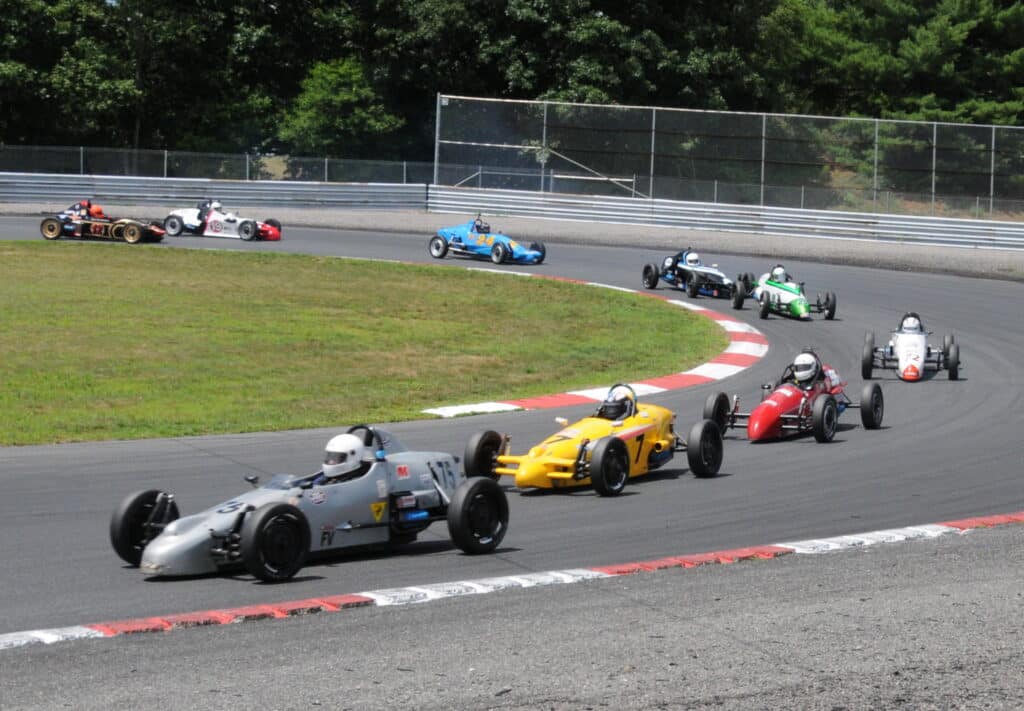 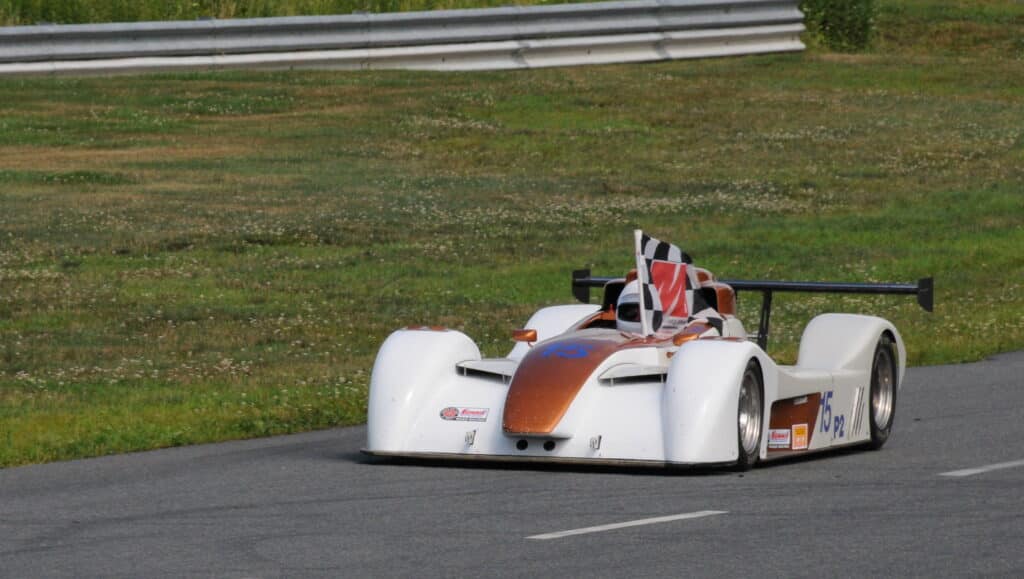 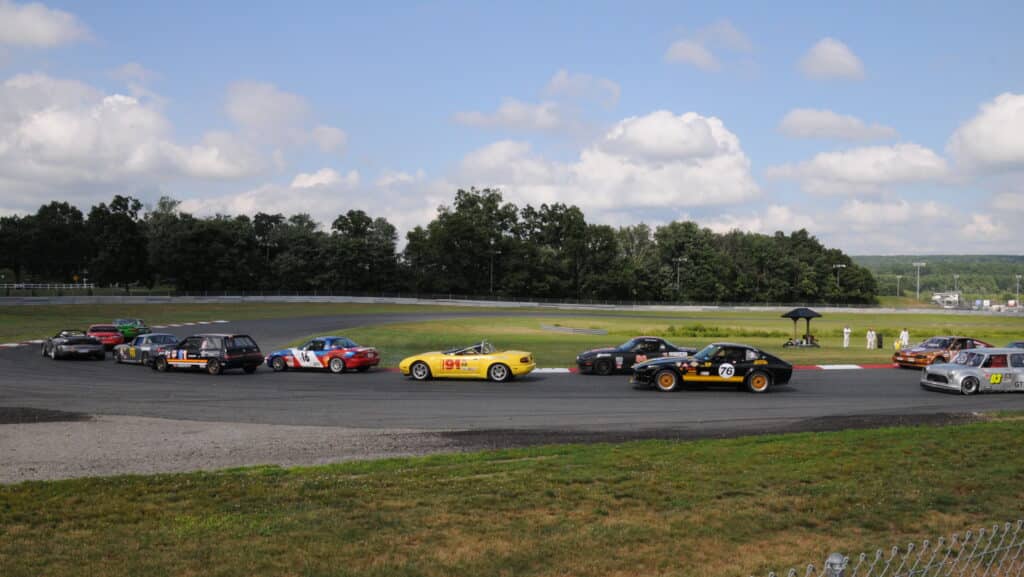 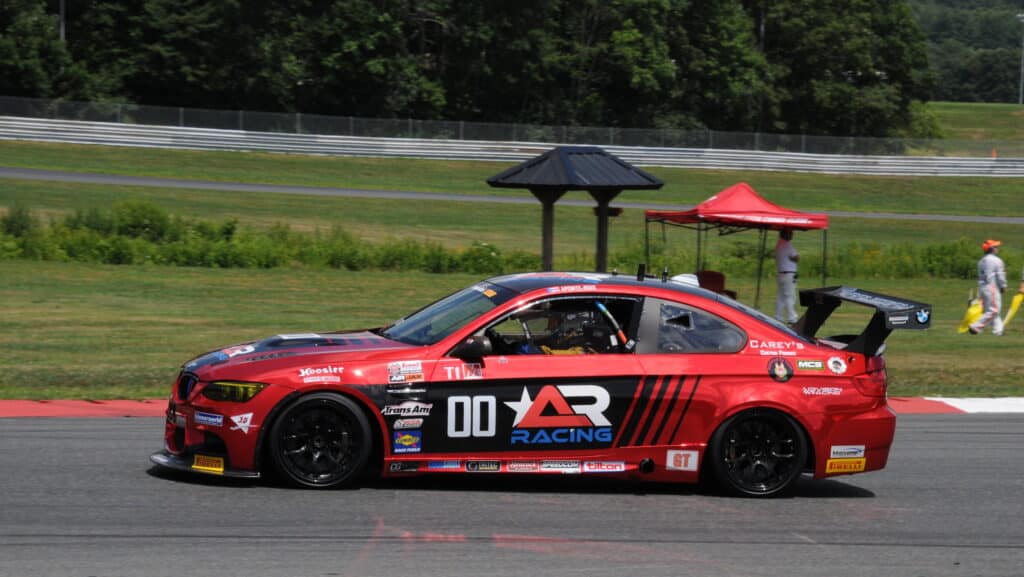 Wings and Things entered the course with just five cars for our Group 3 race. #45 Chuck Moran was the pole sitter in his FC but spun on the first lap of the race, leaving him far behind the rest of the field. While two cars never made it to the end, Moran was able to catch the lead pack and #15 Paul Omichinski in his P2. With just two laps to go, the duo battled back and forth with Omichinski making a pass on the inside of Turn 7 to take the lead for the final time and hold on for the overall win.

The fourth group was one of the largest of the weekend, with 30 competitors in the production and STL/GTL classes. A fairly calm race as all the drivers raced hard and played nice. #63 Craig McHaffie led this large pack out, and stayed in the lead, taking both the green and checker without giving up his position out front.

Unfortunately, that nice quiet race was followed by the big bore group five. This race was just plain messy. The GT cars opted for a split start from the Touring cars, and everything was going fine until the third lap. The #00 T1 car of Miguelangel Aponte-Rios was unfortunately caught up in an incident with the #09 Mustang, leaving him damaged and dropping oil, forcing him to pull off course. The super slippery track was not race safe, so the session went under a Full Course Yellow, and ultimately a Black Flag All to facilitate the necessary clean up. To save race time, the stewards then issued a Red Flag in order to stop the race clock until cars were safe to re-enter.

Once re-started, the group was able to get another 8 or so laps in before the leader, #56 Thomas West spun out at Turn 4. While exiting his vehicle, the flaggers noticed his car catch on fire. Another Full Course Yellow, then the race was simply called and a checker was thrown. After all that, #16 Douglas Valley in his GT1, who started fourth, was granted the overall win for Group 5.

This left everyone with the final race of the day, Group 6, the largest session with 33 cars. Spec Miatas, T3/T4 and B-Spec filled the track to wrap up the Majors races for the weekend.  #30 Travis Washay in T3 and #51 Raymond Blethen in T4 took off, leaving the SMs in 3-5 to battle. Evan Karl in his #18 orange and black SM started the race in 6th place overall (pole for SM) and slowly took out all the drivers ahead of him, eventually making his way to the overall 3rd position. His first place trophy for SM was a start-to-finish lead in the class. 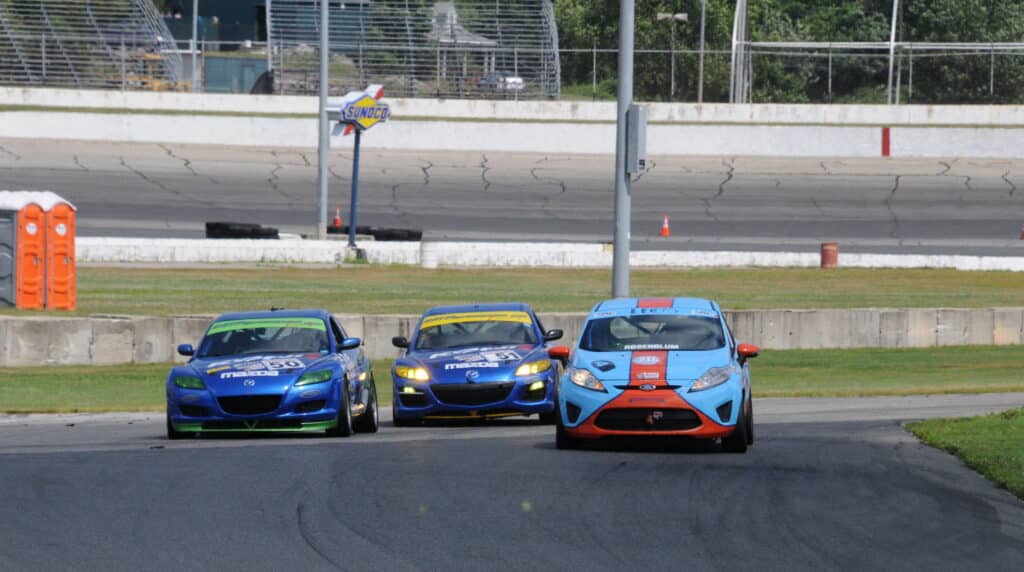 The region wants to thank everyone that participated in this weekend for your cooperation as we adjust to the new guidelines. While we continue to learn and adapt as the ongoing situation with Covid-19 develops and changes, we ask for everyone to continue to be flexible and willing to work together so we can move forward with hosting more events in a safe manner throughout the season.

Final results for all qualifying sessions and races can be found on the results posts. Click the button below to access all the PDF files from Timing and Scoring.

James Ray spent the entire weekend photographing all the racing action, including an entire album of the volunteer workers that made the event possible. To view all of James’ photos, click the button below to see his images. Thank you James!