NER Goes Dark: 160 Cars Show Up to Race at Night 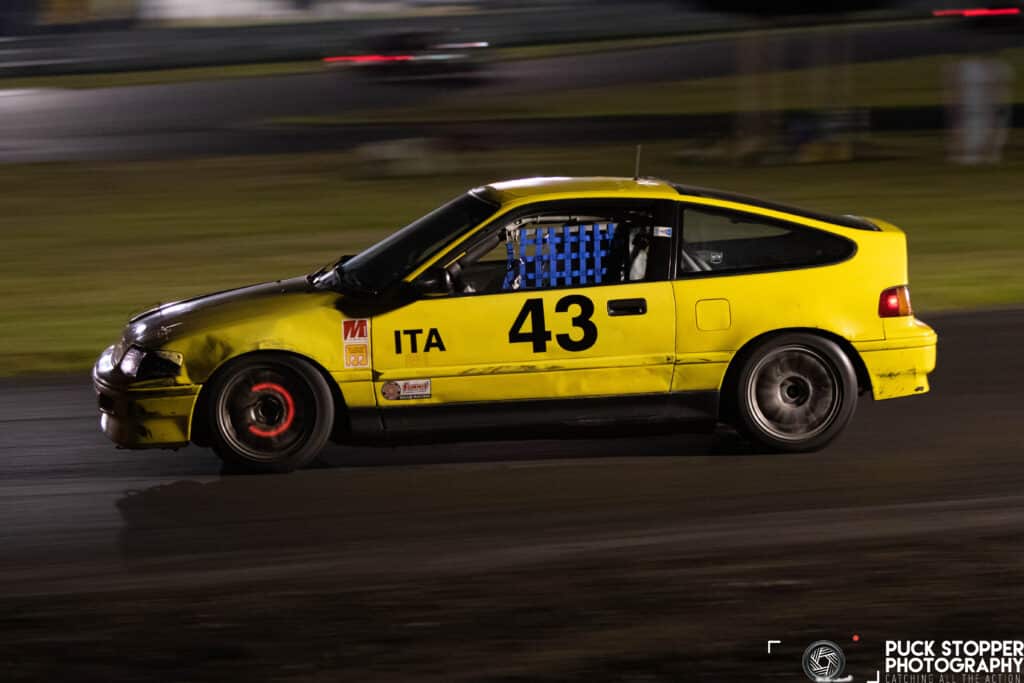 When the announcement came out last year, the buzz through club racing circles was loud. The CRB had arranged with Thompson Speedway to organize and host a night race for the summer of 2020. Racing under the lights! While this is not a first for road racers, or even for SCCA in general, it was going to be a first for the New England Region.

The event was scheduled for Saturday, August 22. It would be a one-day event – all racing and qualifying would happen on that Saturday. However, the track would host a test day the Friday before, including a test session at night, so drivers could get a feel for the racing environment at dark with portable lights illuminating the track surface.

When registration opened, the response was as big as the buzz. 160 drivers were ready to race.

As most of the drivers filled the paddock on Friday for the test day and night, the stewards and track managers worked together to ensure the event would run smoothly and safely. That night test session gave everyone new information on areas that needed additional lighting, and the light stations were subsequently moved around late into the evening on Friday to provide more illumination for the back half of the track heading around onto the front straight.

Additionally, while cars were directed to use their rain lights during the night sessions, that meant cars would be visible to those behind them. However, cars over-taking and coming up on each other, especially if they were dark colored, were hard to see in the mirrors. To address this, many drivers added a small running light to their roll bar or front fender, to provide a visual marker for those looking back. 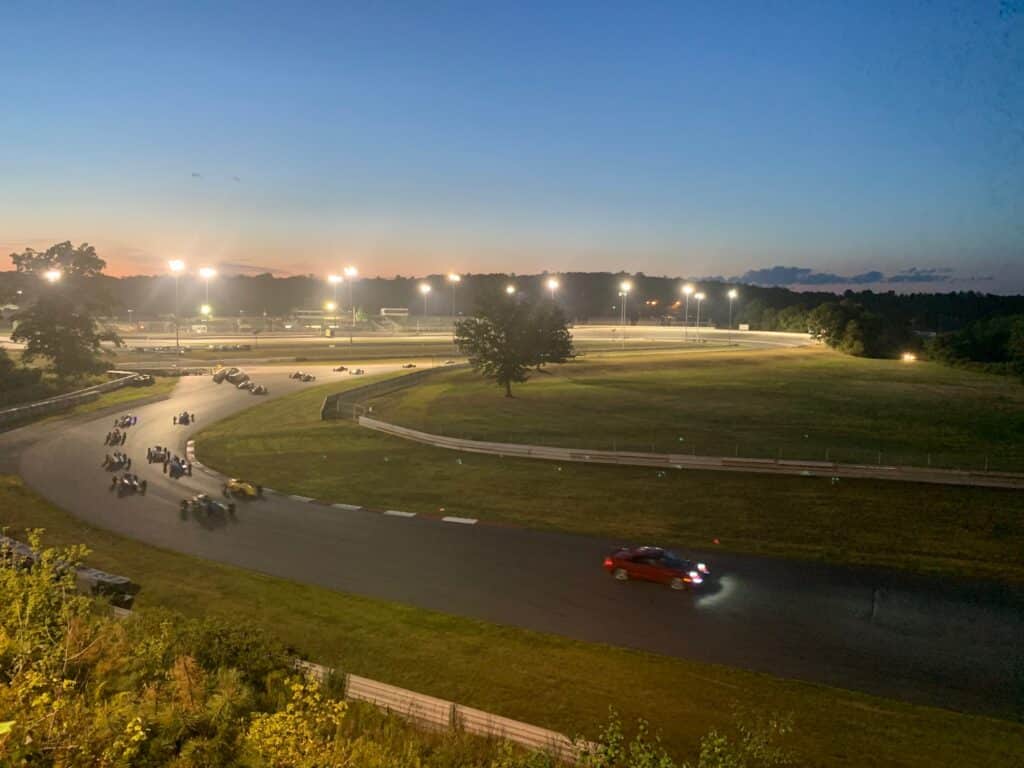 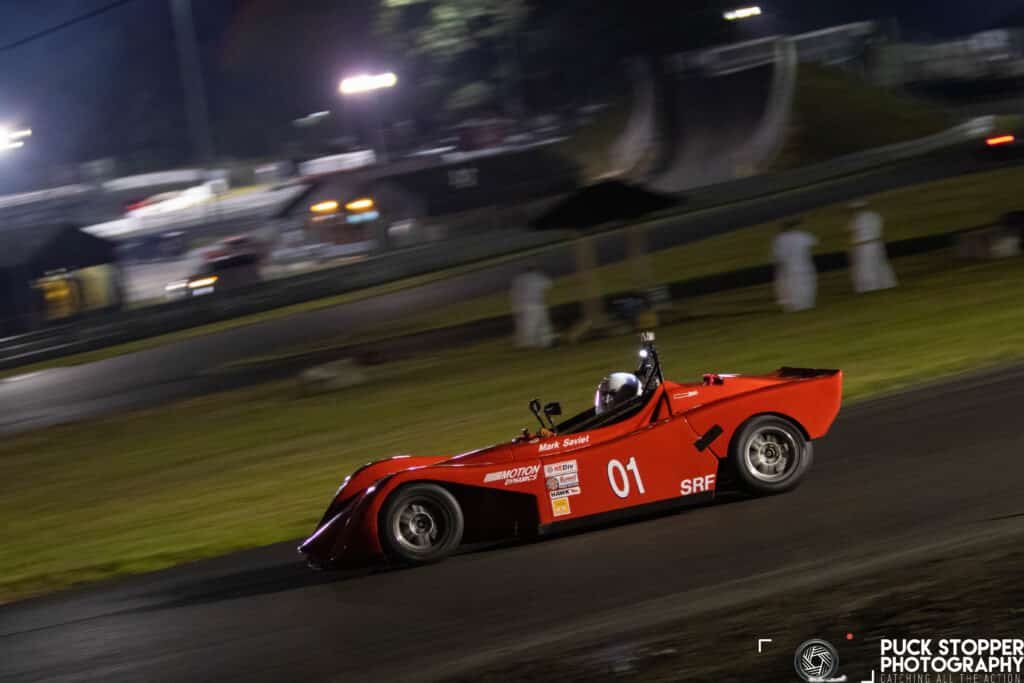 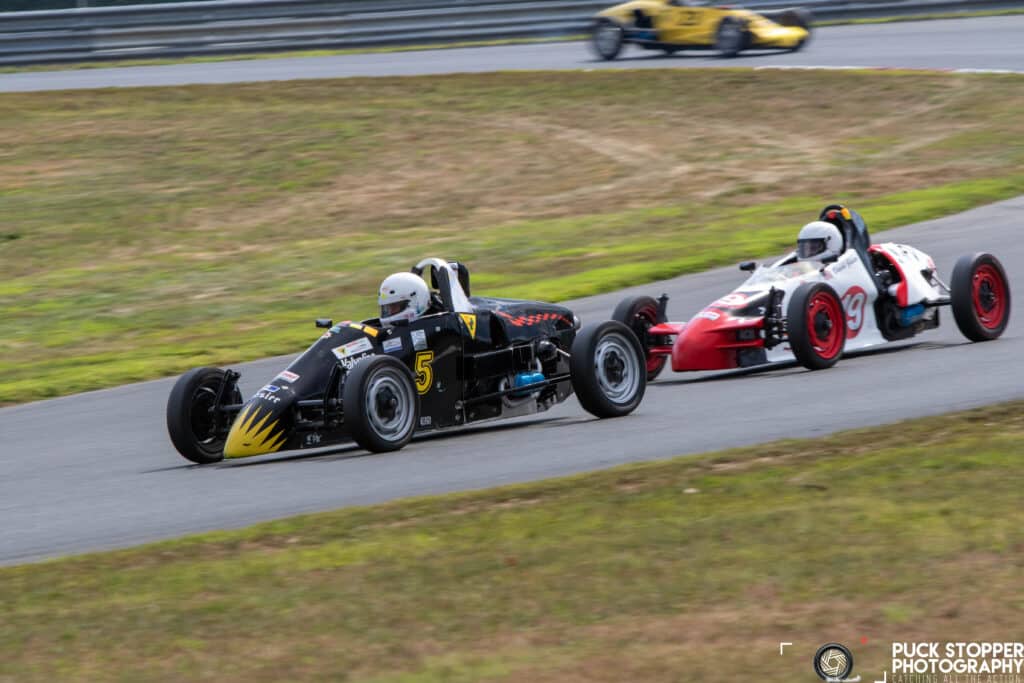 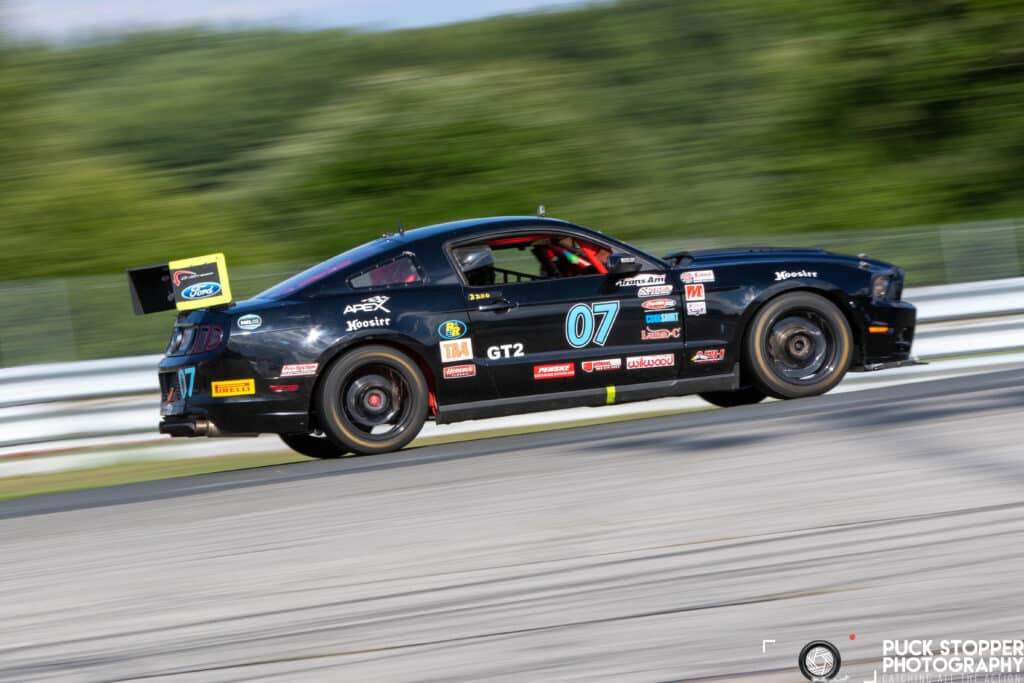 After the Friday evening adjustments, Saturday morning’s qualifying finally arrived. However, a logistical delay forced the on track activities to start over an hour late, pushing back all the session start times for the day. While a 2-hour dinner break was originally on the schedule, that ended up being cut short, and the first night race began at 8:00pm instead of 7:30.

But as the sun set across the track, the generators powering the lights turned on, and race engines revved. It was time to go night racing. Each group would have a 17-minute, plus 1-lap race.

The first group to take the track were the FVs and FFs. Edward Callo led his #44 FF out front, followed right behind with John Piscitelli in his #7 FV and the two of them stayed in the 1-2 positions for the duration. The second group was the smallest, as usual, with the wing and things tearing it up. Paul Omichinski took off and didn’t look back in his #15 P2, running away with an easy win.

Around 9pm, one of the largest groups with over 35 IT and SM2 cars, made their way out onto the darkened racing surface. With only 2 cars not making it to the finish, these guys raced wheel-to-wheel around each turn in the dark. Group 4 was the big bore, and Zack Kelly showed up with his #30 T1 car to once again take the checkered flag with a 10-second lead over the next racer.

Moving later into the night, the clock hit 10pm before the Historic group took their turn, following by Spec Racers and production cars. Two of the young SRF drivers battled back and forth at the late hour, with Lincoln Young in his #102 and Evan Slater in his #187 finishing just 0.231 seconds apart. The final group, another of the large classes with SM and touring cars, took the final green flag at 10:55pm! Matthew Morin led the field in his #22 SM until a mishap on lap 7 sent him back to fourth, opening the door for Evan Karl, who had been sitting right behind him, to take over the lead. Not one to give up, Morin managed to fight his way back to 2nd overall with just 2 laps to go.

Overall, the event was considered a huge success and many of the drivers were thrilled to participate in this unique experience to race under the lights. Hopefully, a repeat event will make it’s way onto future schedules!

Photos from the Event

As expected, this was a big draw for all our favorite photographers to come capture images of the night races. Be sure to check out the galleries from Puckstopper Photography, James Ray, and we heard Clarus Studios was also on site doing aerial images. Links to their sites are below.