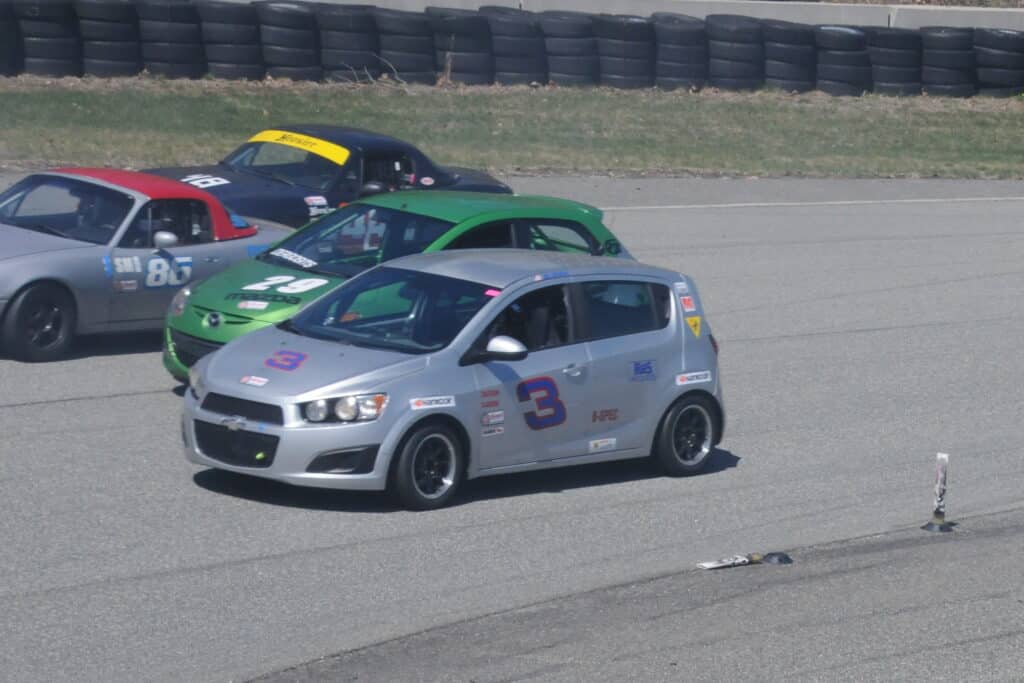 The first NERRC race of the year kicked off the 2021 season at Palmer Motorsports Park, May 1-2.

After a rough 2020 year, many racers were ready to dust off the winter cobwebs and get back on the track for a full year of competition. Talk of regional championships and plans for the coming Runoffs are already being heard throughout the paddocks.

With 119 drivers taking the track for the 7 groups of racing, the Opening Weekend event also saw three entries for the first Club Racing Experience (CRE). In fact, recent CRE graduate Eddie Zemek (read his profile story here) was on hand this weekend to complete this third weekend and receive his full competition license!

One good sign NER drivers were ready to compete was the fall of four track records over the weekend. B-Spec continues to be a growing and competitive class. Our new B-Spec drivers, both JB Swan and Steve Introne, beat the existing track record with their new builds. Steve claimed the ultimate fastest lap during the Sunday morning race as conditions were ideal – clear skies, cool air temps, and a clean track with the first race group.

Group 2, while small, showed they were out to find the speed. Both drivers – Todd Parks in FA and Alex Tollefesen in FC – were re-writing the fast times.

However, group size was not a factor for everyone. In the largest group of the weekend – Group 3 – Jared Lendrum set a new record in his T4.

Some Bumps in the Road

While many drivers found their groove and were back at the new season ready to race, there were still a few hiccups over the weekend. Lots of cars proved ripe for incidents, particularly in two of the largest subscribed groups. Group 5 started Sunday morning off rough when they only finished five laps before the race was ended early due to an on-track incident. Group 3 then followed suit in the afternoon, having their final race called after six only laps.

Overall, the event ran smoothly, with each specialty deftly handling their responsibilities. And all the participants, after a year of practice, were aware and comfortable with the ongoing Covid guidelines so those have just become routine parts of our weekends at the track.

Region photographer, James Ray, was on site again to capture images all weekend. Links to his gallery are below. If you see James in person, be sure and thank him for his dedication and commitment to providing photos for all the drivers. Final results are also available here for review.

The second NERRC event is right around the corner. Our May event at New Hampshire Motor Speedway is NOT over Memorial Day weekend this year. Instead, it is coming up NEXT WEEKEND, May 15-16. Registration is open and we’re looking forward to another exciting two days of racing.