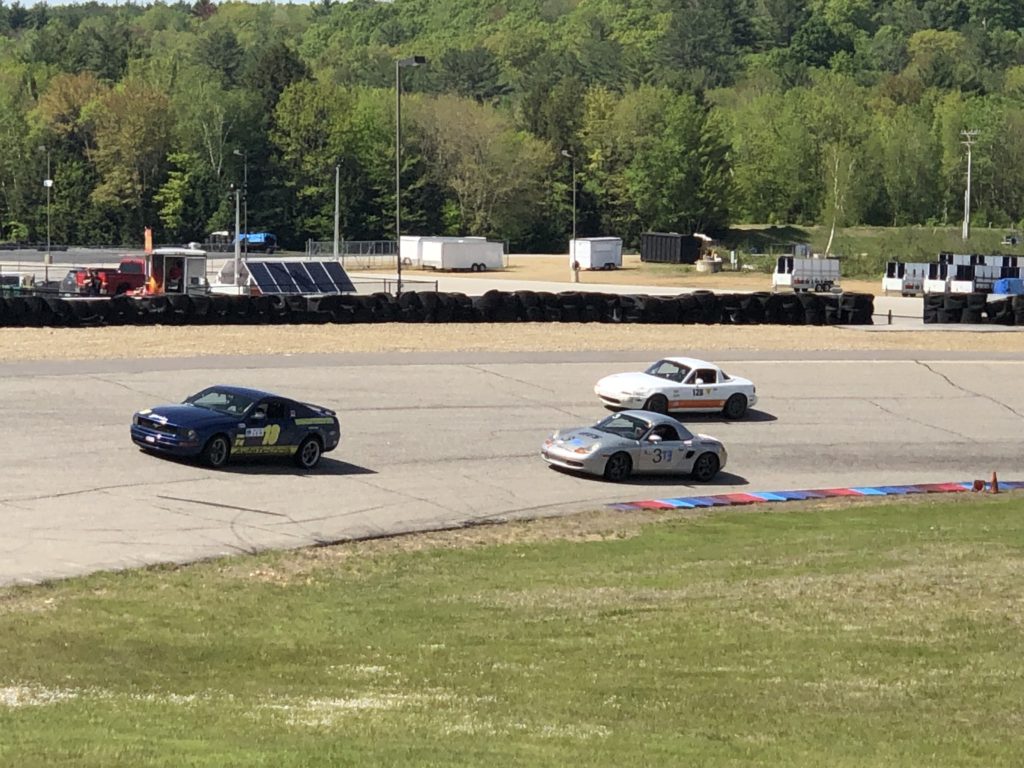 When it comes to planning a race weekend, racers care about the weather. Too hot or too cold can impact tire grip, endurance, and performance out on the track. And then there’s rain. Wet weather brings its own set of challenges and unique set-ups and prep for the car, the driver, and how he/she will race. The in-between wet weather is the worst. Is the track dry? Will it be dry by your session? Rain tires or slicks? It’s enough to make many racers crazy as they second-guess themselves on what to do and how to show up on the grid.

But last Memorial Day weekend was none of these. If the stewards could have ordered perfect weather, this would have been it. The skies were clear and sunny, the conditions warm with a slight breeze. These were race days the workers and volunteers appreciated just as much as the drivers.

While the forecast warned of the possibility of some afternoon showers, none materialized during the on-track events. It was in a word – perfect.

Given the holiday weekend and the ideal weather, plenty of drivers showed up for this second event in the NERRC series for the year. As the traditional Triple Regional event, each class had three race opportunities to earn points towards the season championship. Almost 130 cars were entered and took the track over the two-days of racing.

Both the IT and the SM classes had the largest groups, with 34 and 32 entries respectively. The remaining classes were fairly evenly subscribed with FVs having 18 cars, the SRF/Prod combined class had 17 cars, and GT/T/ITE class showed up with 18. CRE rounded out the groups with 3 new drivers. Andrew Hatano (Porsche Boxster), Zack Veugen (Miata), and Brian Wheaton (SRF2), drove great during their practice/qualifying sesson and successfully completed three races. Interesting note is the variation in participant ages. FYI: Brian is 81 and Andrew is 15 years old proving you can have #FunWithCars at almost any age! 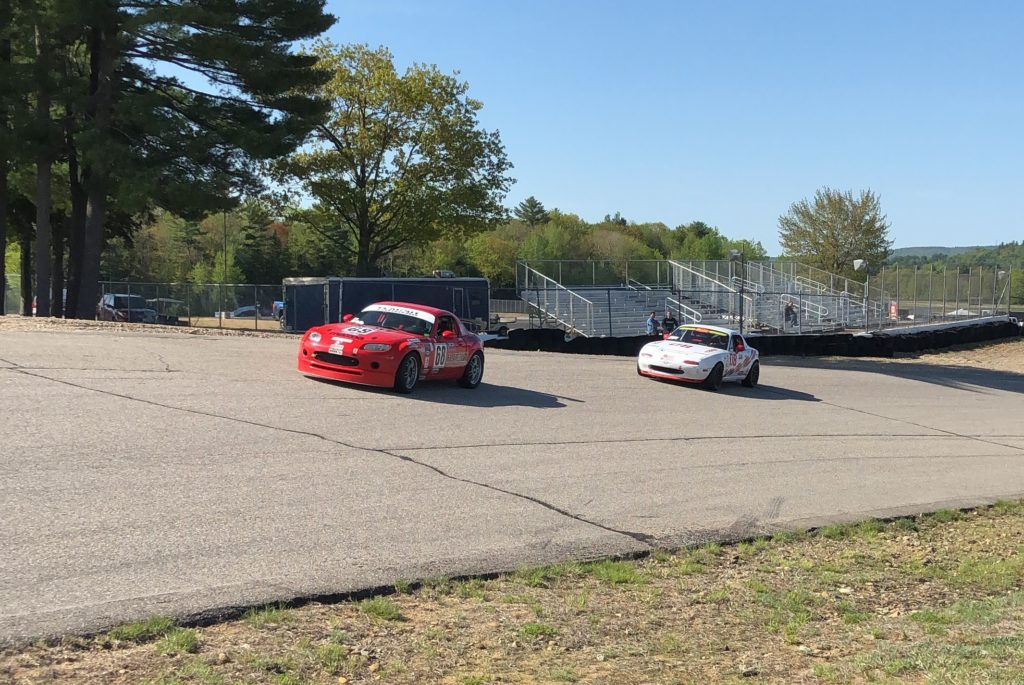 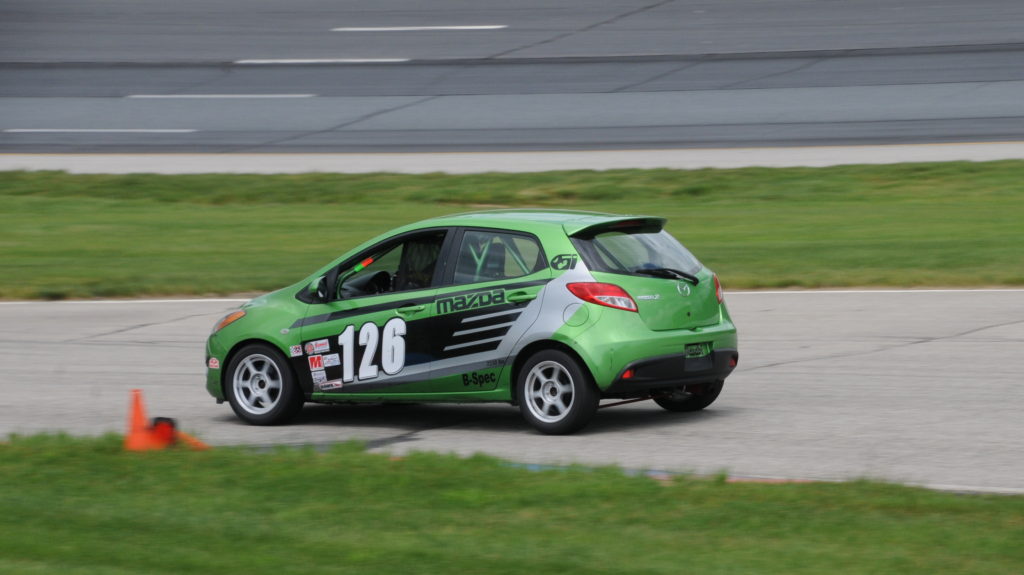 The weekend was filled with plenty of exciting racing. The Group 1 FVs battled it out as usual with only a 0.7 second difference between first and third on Saturday’s race. And just 0.086 separated Tyler Reynolds in his win over John Piscitelli Sunday afternoon. In Group 2, Rob Sturgis and
Hugh McHaffie traded wins in STL. In Group 5, Jared Lendrum (who set a Palmer track record at our first NERRC) showed up again and dominated T3. SRF3 saw three different victors – Kevin Treffeisen, Steve Owens, and then Trevor Hopwood.

In T1, Murat Mark Ketenci set a new track record, winning the first two races, but failed to finish the third. William Dergosits also set a track record in B-Spec. And while our original results showed Kevin Treffeisen with a new record in SRF3, Trevor Hopwood notified us after the fact that he actually set a faster time last August (1:11.031 vs Kevin’s 1:11.296 in the first race on Saturday.) Subsequent research by our T&S chief confirmed Trevor’s time, which just means he and Kevin will need to battle it out at the next NHMS in August to see who walks away holding the track record at the end of this year.

While Kevin may not have ended the weekend with a track record, he did get to spend the days racing wheel-to-wheel with his son, Josh Treffeisen. The two green SRF3s lined up next to each other on the grid and spent many laps with a father-son battle for position. 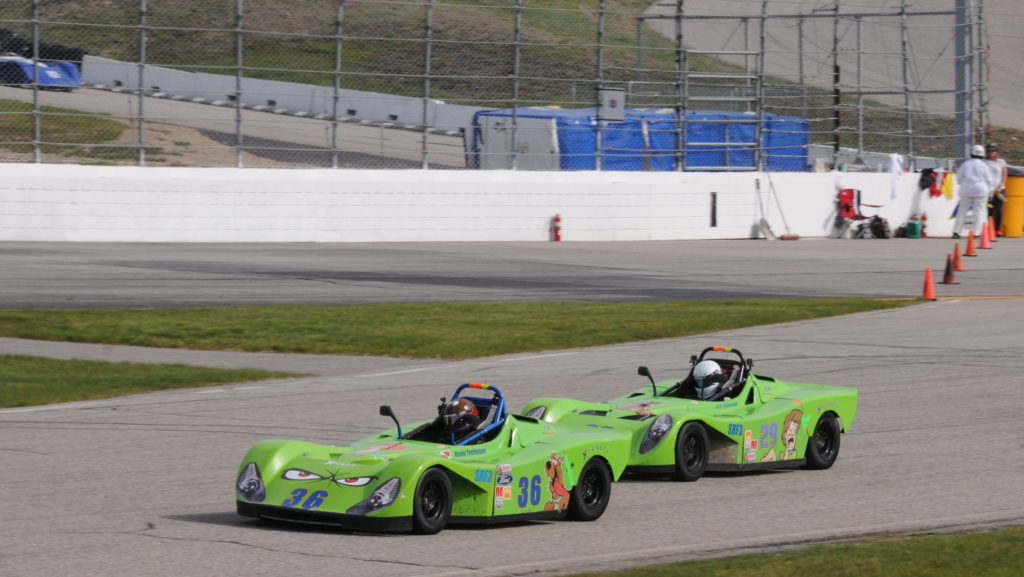 As many of you have heard and are aware, there was a fire during race group 5 on Saturday’s afternoon race. On track activities were halted while the driver was tended to and then transported for further medical treatment. Recent reports are that he is recovering and thanks everyone for their thoughts and well wishes.

Next Up: Limerock Paddock Crawl

Our next event is just 10 days away and registration is open for both drivers and workers. The Limerock Paddock Crawl has proven to be one of our most popular and fun events with the wide variety of foods and socializing for the attendees at the end of the day on Friday. We look forward to seeing everyone there with their tasty contributions to share.